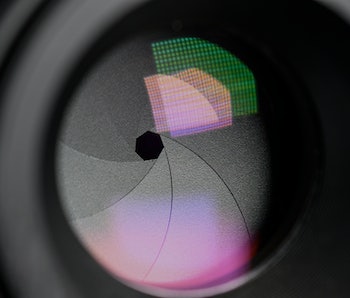 MIT's Materials Research Laboratory is working on a camera lens prototype that flips the script on conventional camera focus. This lens, mentioned in detail in this paper here, is able to shift its focus quickly using heat-sensitive material. The lens moves around in response to fluctuations in temperature.

To be clear, this prototype is far from reaching your hands or mine. But it certainly shows that there are alternative and fascinating ways to approach photography, optical properties, and the micro-mechanics of cameras.

How conventional lenses work — When it comes to focusing, your camera has to move several parts to create the clearest image possible. This varies depending on the brand and hardware you're using. Modern zoom lenses, basically, are complicated micro-mechanical units that move in and out and around at different speeds to center on an object.

It’s a matter of shifting a button or two for the photographer but for the lens, it’s a good deal of adjustment, movement, and evaluation before settling on an angle.

What's in this lens — The MIT team’s work is especially impressive because it takes movement out of the equation. Its “ultra-thin tunable meta-lens” works by relying on heat. The material that the team used is a modified form of tellurium and germanium. This kind of material is found in CDs and is sensitive to increased temperature but the team manages to make the lens work and not succumb to shifts in heat.

By adding selenium to the MIT team’s ingredients, the researchers noted that the matter “shifted from an amorphous, random tangle of atoms to a more ordered, crystalline structure.” This had a direct effect on refraction, meaning how light passed from one medium to the other. With this approach, the lens' optical properties changed. At room temperature, the lens applies infrared light at a closer angle. Once you apply heat, it pulls away to a wider vantage.

MIT's scholars think that this kind of camera lens can eventually get micro-heaters integrated within. So, heating up and cooling down in a safe range shouldn't be a problem. But it's not clear if this prototype will be taken to the mainstream. For now, the team believes that it could be useful for thermal cameras or night vision optical gear. Maybe, down the line, we might even see them in our smartphones.