More than half of U.S. states are suing Google for Play Store antitrust 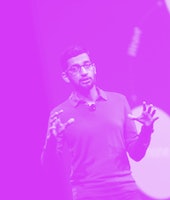 The number of states — plus D.C. — who have signed on to the antitrust case.

Another huge antitrust lawsuit is being brought against Google, this time for its alleged monopolization of the Play Store. A total of 36 states (and Washington, D.C.) have jointly filed the suit in a California federal court; Utah, North Carolina, Tennessee, New York, Arizona, Colorado, Iowa, and Nebraska are leading the case, Politico reports.

The claims made by the new antitrust suit are very similar to those brought against Apple by Fortnite developer Epic Games. Google is planning to institute a fee hike for developers distributing apps through Android’s Play Store, up to a new high of 30 percent.

We’ve heard plenty from developers about Apple’s allegedly uncouth App Store practices, but this is the first big case against Google that follows that through-line. The company announced last September that, beginning in October 2021, it would force Play Store devs to use Google Play’s billing system, thereby making Google’s commission mandatory.

This case is an exacting retaliation to those new policies. If Apple v. Epic has taught us anything, though, it’s that Big Tech will fight tooth and nail for its right to make as much money as it can.

Damage control — Since announcing its new Play Store payment policies, Google has taken a few approaches to quell developer outrage. The first is — unsurprisingly enough — general denial. In a blog post published this week, the tech giant said the lawsuit “isn’t about helping the little guy or protecting consumers” but instead about “boosting a handful of major app developers who want the benefits of Google Play without paying for it.”

Google is also hammering home one of the biggest differences between Android and iOS: that alternatives to the Play Store are allowed to coexist on the operating system. Google says it welcomes alternatives, like Samsung’s Galaxy Store (that’s not entirely true, though, it turns out it tried to hamstring it and feared it).

The lawsuit succinctly identifies the problem with this argument, which is that these alt stores are simply not popular enough for most developers to rely on them for revenue. The complaint notes that the Play Store accounts for an overwhelming 90 percent of the Android app market share, while no alternative App Store has more than a 5 percent market share.

The states are also alleging that Google has taken purposeful steps to keep alt app stores from growing, like refusing to let those alt stores be downloaded from Google Play, which comes preinstalled on Android phones, and not allowing those alt stores to buy advertising on YouTube or Google Search.

Antitrust up the wazoo — The gap between the biggest tech companies and the little guys just keeps growing. They’ve been allowed to do so for so many years, at this point, that it’s become status quo.

But those smaller companies, along with various watchdogs, are finally getting fed up, enough to pursue legal action. The generally overwhelming business practices of Big Tech are being reevaluated at last. Google was already facing probes and lawsuits related to these practices; other giants like Facebook and Apple face increasing scrutiny from lawmakers as well.

In all of these cases, we’ll likely be waiting quite a while for the legal system to piece together the minutia of how to best handle internet monopolies — and in the meantime the tech giants will just keep getting richer.