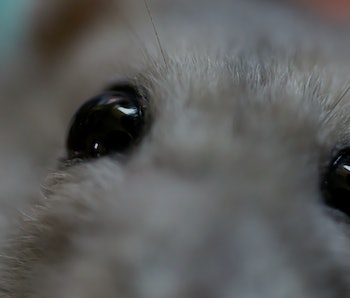 Hey, remember that cute lil hamster named Mr. Goxx? The one whose delightful financial antics in the world of cryptocurrency further reinforced that capitalist economies as we know them are a huge scam? Well, he’s dead.

Early this morning, Mr. Goxx’s owner confirmed his death via Twitter, Twitch, and Reddit after four days of radio silence following the rodent’s last full shift of day trading on Sunday. “We feared this day like no other and are fully shocked for it to happen just now,” they tweeted, adding, “In deep sorrow we have to announce the loss of our furry friend.”

So there you have it, internet: A literal rodent died after a life spent running a literal rat race, leaving behind a life’s worth of about $110. Truly, a martyr for the cause.

No foul play suspected — Mr. Goxx (real name: Max) is not suspected of falling victim to conspiracy or foul play, although the cause of death still remains unknown. “Mr. Goxx showed no signs of serious illness, besides having some kidney issues as a cause of a professional mite treatment in his early days,” their owner tweeted. “While having normal amounts of food until Sunday, he then suddenly refused eating and fell asleep peacefully on Monday morning.”

The project’s future is in question — As of right now, it’s not clear whether or not those behind “Goxx Capital” will continue their rodential economic experiment in light of the sudden, tragic turn of events. “For now, we will leave everything as is,” they wrote, which is understandable, we suppose.

Of course, now that we know for sure that “Mr. Goxx” was simply just a moniker, then it is certainly possible for the legacy to live on via another furry caretaker. Max was just Max before he took on the mantle of “Mr. Goxx.” The name is bigger than any one hamster. It represents the sum of our parts, not any one individual.