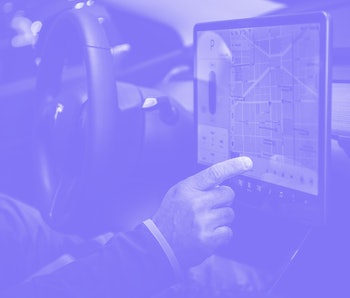 Thanks to the Tesla Owners of Massachusetts Twitter account we now know Disney+ is coming to theater mode in Teslas. The account asked Tesla CEO Elon Musk whether the streaming video service –– home to The Mandalorian and with it spring’s most desirable toys and plushies –– would come to Tesla vehicles. Musk replied, “Coming soon”.

A logical addition — As Engadget notes, the theater mode in Tesla’s EV arrived as part of the Version 10.0 software update earlier this year. Initially, the feature supported Hulu, Netflix, and YouTube in the U.S. The tablet-like display can also be used to play a variety of games, with Stardew Valley and Star Backgammon due any day now. Adding the geekiest video service to what’s widely regarded as the geekiest electric vehicle (EV) seems like an obvious match, really.

Park to play — For now, Tesla owners can only play games or stream their favorite TV shows when parked (thank heavens). But the feature could prove great for Angelenos looking to fill their time spent in gridlock on the 405 when Musk’s long-promised full autonomous driving mode arrives.

If the option to have your own, personal drive-in wherever you park is enough to get you off the fence and into a Tesla, you may want to hurry. The federal subsidy that’s helped reduce the cost of EVs for U.S. buyers comes to an end next week.