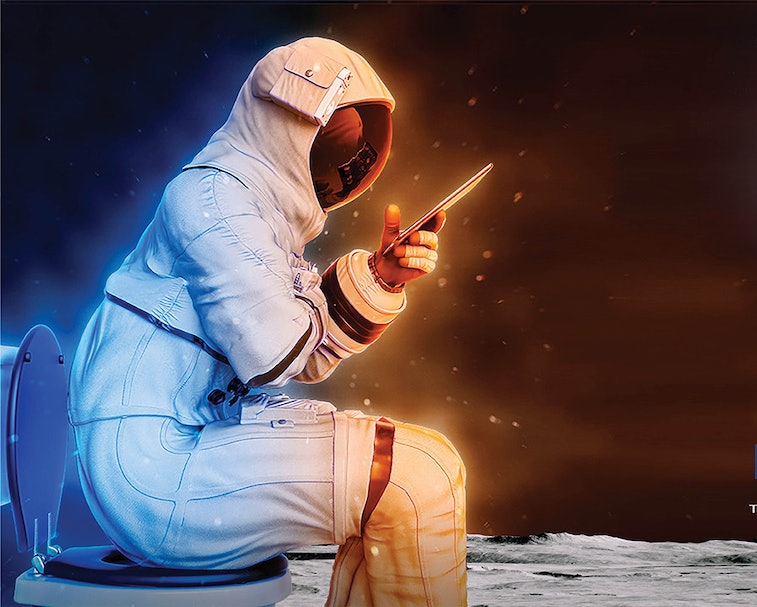 NASA wants to send astronauts back to the moon by 2024 — but first, it needs to make sure they have somewhere to poop.

That’s why NASA is launching the Lunar Loo Challenge, a contest to design the best space toilet with prizes totaling $35,000 for the top three contestants. Space toilets have been around for as long as we’ve been sending humans to space, but NASA wants something a little more effective and innovative for its upcoming Artemis mission.

More specifically, the Lunar Loo Challenge seeks to find a design for a space toilet that can be carried around on the Moon inside a lunar lander. The toilet will need to be much more compact than those currently in use on the International Space Station, for example. Every inch of space — and every ounce of weight — counts immensely when you’re carting yourself around the Moon.

Space toilets are just not something you think about every day. But if we ever hope to uncover the mysteries of space, we’ll need to figure out the best ways to use the bathroom on alien planets. You never know — this toilet design could even help us colonize Mars someday.

The details — The Lunar Loo Challenge is, as you might expect, very specific about what the winning toilet design will look like. NASA isn’t looking to give 35K to just any toilet; this thing needs to be absolutely state-of-the-art.

To that effect, the novel toilet will need to reduce the overall mass of current toilet designs by nearly half, from about 54 kilograms to about 31 kilograms. The volume of the toilet will also need to be reduced by at least 70 percent down to 0.12 cubic meters.

Though it will be smaller, the winning space toilet will still need to allow for both urination and defecation in the severely reduced gravity on the Moon, which is one-sixth of that on Earth and is experienced as weightlessness.

Bonus points will be awarded to designs that can “capture vomit without requiring the crew member to put his/her head in the toilet.”

NASA is bad with poop — This isn’t the first time NASA has offered cash prizes for waste-removal designs, which leads us to wonder why it’s so difficult to figure out what to do with poop in space.

Back in 2017, NASA offered $30,000 in prizes to those who could design self-contained waste removal systems that could be added to space suits for up to six days of use. That contest was very successful, it seems: NASA did indeed find three winning designs.

The deadline for submitting to the Lunar Loo challenge is August 17, and NASA is set to announce the winners in October. It’s time to move space defecation into the future.