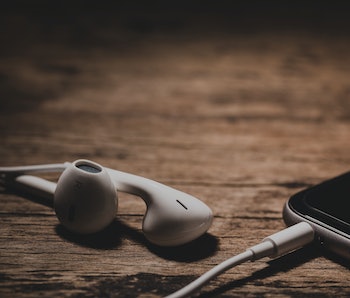 According to a BBC investigation, major streaming platforms belonging to Spotify, Deezer, YouTube, and Apple Music were found to be hosting white supremacist music until recently.

Upon being made aware of such audio content where singers call on the "Aryan race" to stand up for itself among other racial fantasies, each company informed the BBC that it had removed the songs. But it goes to show just how pervasive racist content remains on these networks despite their repeated announcements about curbing hate online.

What BBC found — According to the media outlet, Spotify, YouTube, Apple Music, and Deezer were possibly unwittingly hosting songs about "Aryan" supremacy. The term is generally used in Nazi content wherein "Aryans" are presented as the "master race." In that vein, these songs have lyrics like the following:

So wake from your bed, and raise your head. Aryan child, listen to what is said. So raise your hand and learn to love your land. For the white revolution needs your uncorrupted hand.

Each company denounced the presence of these songs on their streaming services. Spotify, which already has its own fake music problem and has also disappointed its own employees with regards to controversial podcasts, told the BBC that the company "prohibits content which expressly and principally advocates or incites hatred or violence against a group or individual based on characteristics (race, religion, gender identity, sex, ethnicity, nationality, sexual orientation, veteran status, or disability)."

Nothing new — Well before the BBC even initiated its investigation, platforms like YouTube have had a neo-fascist music problem. The genre is conventionally known as "fash wave." Anonymous users upload dark industrial as well as techno tracks with speech excerpts from notorious figures of the Nazi Germany era. One of the tracks I previously found — which YouTube removed eventually — contained a Neo Fresco track with Joseph Goebbels' speeches interspersed in it. In response to a request for a comment, Neo Fresco told me, "Holy shit, no. [I am] not down for that at all. I'm not even aware of 'fash wave'."

"Do not associate me with this," he added. That was two years ago and the problem still lingers. If anything, it seems to have exacerbated.