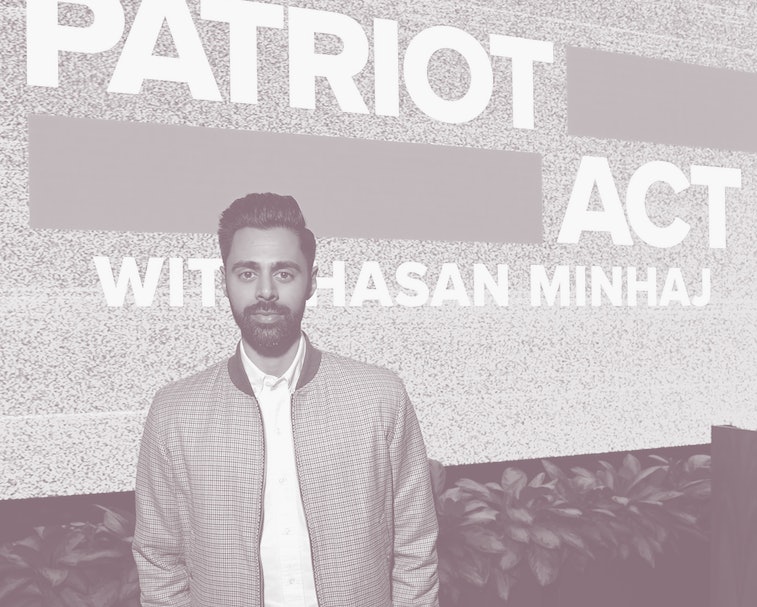 Netflix took content down only nine times per government request since it was launched 23 years ago. This surprising figure was cited in Netflix's 2019 Sustainability Accounting Standards Board report.

The requests, which took place over different years, included the notable removal of a Patriot Act episode which was critical of the Kingdom of Saudi Arabia. But it's not just monarchs that had issues with Netflix content; countries like Germany and Vietnam had their qualms, too.

What else went down? — In 2015, the New Zealand Film and Video Labeling Body requested Netflix to remove The Bridge as the agency deemed it "objectionable." In 2017, the Vietnamese Authority of Broadcasting and Electronic Information asked Netflix to take Full Metal Jacket down from the service in the country. In 2017, Netflix then complied with a written request from Germany to take the Night of the Living Dead down locally. The most recent requests for removal came from Saudi Arabia in 2019 as well as Singapore in 2020.

Singapore stood out — You might be wondering, "Who asked for the most content removal?" According to Netflix's documentation, Singapore made the most requests, including asking Netflix to discontinue weed-centric comedies like Cooking on High, The Legend of 420 and Disjointed as well as other titles like The Last Temptation of Christ and The Last Hangover. Given that weed is illegal in The Lion City, it makes sense that local authorities didn't want it displayed so openly (and hilariously) on their screens.

A seesaw between consumers and authorities — Netflix essentially has two jobs. It has to please its subscribers and it has to stay on good terms with local authorities. Legally and financially, it cannot afford to let either side down. For a 23-year-old company, Netflix's record isn't stellar but it shows commitment to balancing itself on that tricky and oft-shaky seesaw between local appetite and local law.