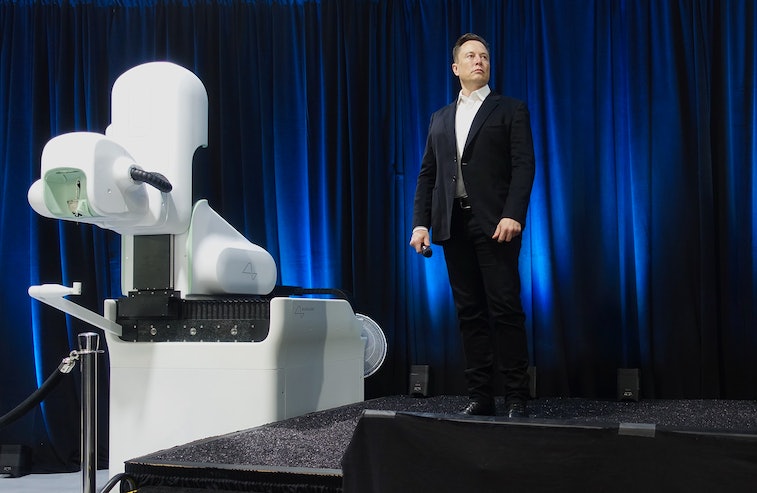 Elon Musk’s brain-computer interface company Neuralink seems to be getting ready for human trials, according to a new job listing for the company’s Fremont, California location. Not that Neuralink can actually begin testing its product on humans, seeing as it still hasn’t received approval to do so from the Food and Drug Administration (FDA).

The Clinical Trial Director position specifically mentions that the person hired for the job will be “working with Neuralink’s first Clinical Trial patients.” The posting provides no clues as to when, exactly, these trials will begin. Probably because, as we’ve mentioned, there’s actually no indication Neuralink will even be allowed to do so any time soon.

The rest of the job posting is quite unremarkable; essentially Neuralink wants its new trial director to have experience with implantable devices and a working knowledge of how the FDA regulates human studies. Neuralink promises free meals, flexible PTO, and the “opportunity to change the world” in return.

Monkey see, monkey do — The ultimate goal with Neuralink is to connect the implant to artificial intelligence, allowing users to complete tasks like typing with thoughts alone. This could theoretically allow people with particular injuries — like quadriplegics or those with spinal cord damage — to navigate the world more easily.

So far we’ve seen just one demonstration of Neuralink at work, in which a monkey plays Pong with just its mind. Neuralink trained the connected AI system by allowing the monkey to play the game with a joystick for six weeks. The joystick is then unplugged; the monkey continues to use it, believing it to be connected, while it’s actually controlling the game with just its mind.

This year, for sure — Musk, in typical Musk fashion, has been openly optimistic about how soon Neuralink will be allowed to test its implants on humans. Also typical: Musk has been saying this for years now. Years.

Human trials were originally scheduled to begin in 2020; that estimate was later pushed to 2021; then just last month Musk promised the trails would begin some time in 2022. If you’ve been following Tesla’s Full Self-Driving mess of a rollout, you might remember that Musk pledged to have the autonomous driving software ready in 2017. Five years later it’s still not operational.

To be fair, this is the first time we’ve seen Neuralink actually post a position to oversee the hypothetical human trials. That could mean the company is actually ready — or it could just be more posturing by Musk and his team. You have to remember this is the man who still believes we’re colonizing Mars in the near future.