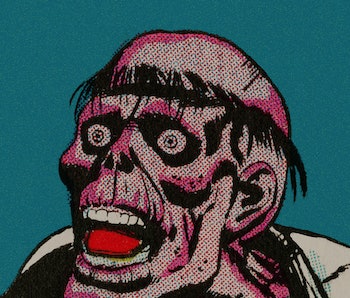 Subscription newsletter service Substack has added several comic book creators to its roster, according to The Verge. The company recently began expanding its scope beyond paid newsletters to other content in an effort to become a more generalist service like Patreon where creators offer their fans access to exclusive work in exchange for a monthly fee.

Webcomics like Xkcd and @dinosandcomics are popular online but largely funded by merch sales or advertising. Giving creators an easier way to charge directly for their work could change that, though, and make their income more predictable. Patreon already supports comics, but Substack pays some creators upfront advantages to start producing on its platform, which Patreon doesn’t.

Maintaining independence — Among the comic book writers signed up to Substack is James Tynion IV, who was the head writer of Batman but now plans to spend his time creating a new slate of original comic book properties. Marvel and DC Comics have fallen under controversy recently for what comic creators say is low pay relative to the money their work generates once it’s turned into franchise movies and TV shows.

The Substack model can be attractive for popular artists, who may have worked for large corporations previously, or who rely on advertising to support themselves. Now they can go it alone and build up an audience of their loyalist followers, who may pay several dollars per month and in aggregate provide creators a chance to go independent and work on their own terms. That’s if they’re popular enough to get people paying, of course.

Substack recently announced it would sign podcasters as well, as that industry continues to grow in listenership and more platforms offer creators the option to charge a fee. The company’s product itself is still basically a newsletter, but creators can embed audio clips in the body.

A land grab — Scott Snyder, Saladin Ahmed, and Molly Knox Ostertag are some of the other comic book creators joining Substack. The platform brings on more popular creators by giving them upfront payments — sometimes in the six figures — in order to start publishing on Substack before they’ve had a chance to begin signing up subscribers. It’s meant to be a cushion so they can afford to take the risk of leaving their jobs for this new experiment.

The terms of each deal vary, but Substack has been criticized because some say once the deals expire, the company’s commission of 10 percent kicks in and that it is simply too high for what it offers. Substack doesn’t promote creators, they do that themselves. Nor does it offer any other type of support like funding for new projects that they might get as an employee under a large corporation (though Substack does offer legal support to some journalists).

It’s been a net positive to see that many consumers recognize and value the work of their favorite creators enough to open their wallets. Though, it’s likely only the biggest names that actually have the fan bases to actually go independent. There are plenty of creators who write their own comics — it’s earning a living with comics on your own that’s the hard part.