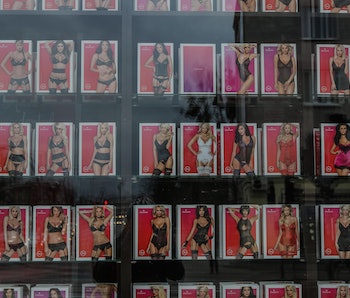 The bill, which is known as the Stop Internet Sexual Exploitation Act (SISEA), was brought to the Senate by Senators Jeff Merkley (D-Ore.) and Ben Sasse (R-Neb.). It seeks to create overarching standards to which every sex-work platform on the internet would be held.

Included in the bill’s provisions is a robust and severely limiting video verification process: users who upload pornographic material to a public website would need to verify their identity with the site, and every person in the video would need to sign and submit a consent form. Sites would also need to offer 24-hour support services and take down reported content within two hours of it being flagged.

There are, of course, merits to creating a more vigorous moderation system for sites rife with exploitation. But doing so will undoubtedly be a balancing act — and one with a high risk of bringing about new harm if the demands are so onerous sex workers are unable to comply.

Pitfalls abound — Despite its idealistic goals, the Stop Internet Sexual Exploitation Act (SISEA) is inherently problematic in that it introduces many more potential difficulties for sex workers — who are already fighting against systematic oppression. As Ana Valens, a journalist for The Daily Dot points out on Twitter (h/t Ars Technica), the bill’s stringent measures place immense legal liability on sex workers.

As Valens points out, not all sex workers are documented, which makes federal identification requirements a near-impossible situation for them. And compliance would mean trusting the hosting website with all of their personal identification information, which if leaked could lead to serious, real-world harassment and endangerment.

Reform is needed, but not like this — Pornhub’s woes are revealing: the internet does have a problem with exploitative sexual material, and hosting websites have long struggled to keep ahead of the problem. This is nothing new. Pornhub’s fall from grace has simply brought the problem back into the spotlight. But it has the resources to ensure it meets whatever new legislation comes along. Smaller services might not be as lucky.

We’ve been down this road before: rushed legislature that aims to solve complex contemporary problems comes with many risks. After SESTA/FOSTA was ratified in 2018, for example, many sex workers were deplatformed — despite the law’s goal of limiting exploitation.

If passed, SISEA could be even more catastrophic for online sex work. Platforms like Instagram have already begun clamping down on their sex work guidelines to detrimental effect.

SISEA’s introduction comes at a crucial time: internet moderation as a whole is under intense scrutiny at the federal level, and the internet continues to grow exponentially as we argue over its nuances. We need to make sure that the most vulnerable aren't steamrolled in the process, though.