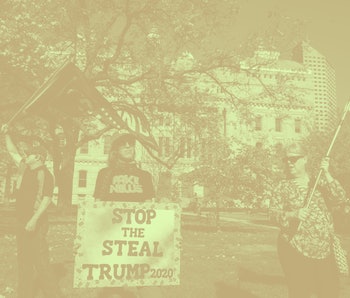 Misinformation and fake news arguably weren't as problematic for our recent Presidential election as it was back in 2016 (Trump himself lied enough on his own this time around, anyway), but the spread of false statements remains an extremely serious hurdle for modern society. Bad faith actors certainly aren't going anywhere, and worse, they will likely only get better at their work. Luckily, new technologies are emerging to help combat the spread of disinfo in the coming years, including a program that can identify malicious sites before they begin to propagate their lies... yes, a robot to help determine other robots.

Using machine learning to identify other bots — The new program developed by Anil Doshi at the UCL School of Management, Sharat Raghavan from the University of California, Berkley, and Cornell University's William Schmidt is detailed in their recent working paper, "Real-Time Prediction of Online False Information Purveyors and their Characteristics." In it, the team explains the tool is impressively effective at spotting domain names created purely for the purpose of spreading misinformation online: the machine learning program correctly identified 92 percent of all fake news domains as well as 96.2 percent real sites supplied to it relating to the 2016 election. What's more, it managed to do all this before the websites were even fully operational.

Searching for digital clues — To do this, the program examined domain registration info and browser behavior for each site in question. Finding registering entities listed as private and the website's creation in relation to recent major news events could also be reviewed before flagging a problematic address. "These producers are nimble and we need a way to identify them early," Doshi explained to Tech Radar. "By using domain registration data, we can provide an early warning system using data that is arguably difficult for the actors to manipulate."

Technology like the tool developed by Doshi and their associates will likely become invaluable assets in the coming months and years as social media giants like Facebook and Twitter come under increased scrutiny for their roles in the spread of misinformation.