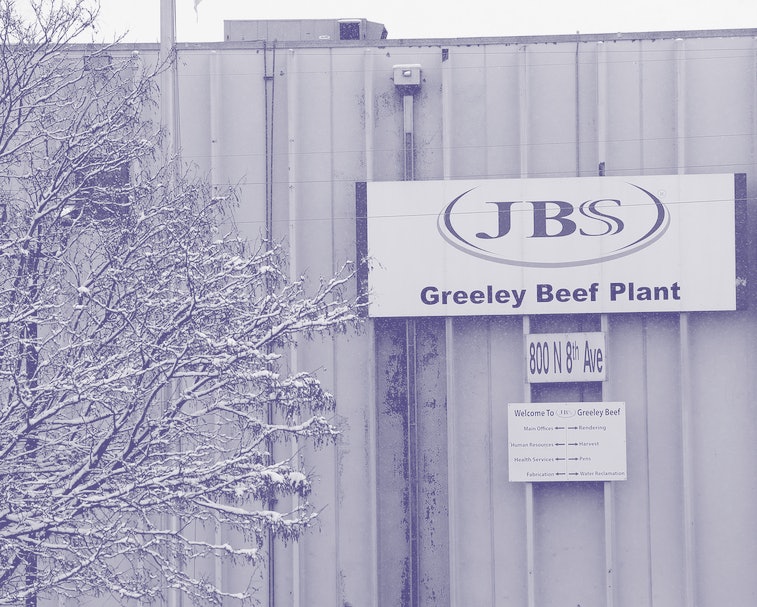 JBS Foods, one of the world’s most prominent meat processing businesses, was the victim of a far-reaching cyberattack this weekend, Bloomberg reports. The attack has had an immediate effect on JBS’s production pipeline, ruining shifts at meatpacking plants in Canada and forcing the company to cancel entire lamb and beef kills across Australia.

JBS’s United States division — which includes operations in Australia — issued a statement this morning stating that the company “took immediate action, suspending all affected systems, notifying authorities and activating the company’s global network of IT professionals and third-party experts to resolve the situation.”

The company says its backup servers have not been affected by the attack. As of the time of its statement, JBS was “not aware” of any evidence that customer, supplier, or employee data had been compromised.

This attack follows a similarly devastating one that brought U.S. fuel supplier Colonial Pipeline to its knees just a few weeks ago. Both hacks had immense real-world implications for their respective markets — and unless those in power begin to take cybersecurity more seriously, this could quickly become the norm.

Real meat at steak — It’s comforting to some degree that JBS doesn’t believe any consumer or employee data has been stolen as part of the hack — but, in 2021, cybersecurity concerns go far beyond just data. With so many of our physical systems intertwined with the digital, the risk effortlessly extends beyond the internet and into the real world. Because of the attack, JBS was forced to shut down some of its most key operational components.

The company’s Canadian facilities, in particular, are being hit hard by this shutdown; one beef plant in Alberta — which alone accounts for about a quarter of Canada’s beef production — had to shut down for an entire day, according to a local union spokesperson. That facility processes about 4,200 cattle per day.

The full extent of the hack hasn’t yet been reported by JBS, but it does seem like some production capabilities in the U.S. have been shut down, too. At least one facility in Colorado, with more than 3,000 unionized workers, canceled many of its shifts for June 1.

Our best isn’t enough — You’re not imagining it: Cyberattacks are getting worse. The U.S. Department of Justice says 2020 was the worst year yet for ransomware attacks — and, in the first five months of 2021, 26 government agencies have been hit by them. The SolarWinds hack was only the tip of this cyberattack iceberg.

We’re facing down what’s rapidly becoming an epidemic of global proportions. It’s easier than ever for hackers to share techniques and stolen data right under our noses; any and every organization is susceptible to becoming a target. The Biden administration has formed a ransomware task force to curb this upswing in attacks — but coming to any conclusions will take a while, and in the meantime every system is fair game to hacker groups.

If JBS is able to banish the attackers from their system quickly enough, most consumers won’t even notice the production hiccup, according to a commodity markets insights manager that spoke to Bloomberg. If the company’s systems are down for more than a few days, though... well, burgers could be a little harder to come by for a bit.