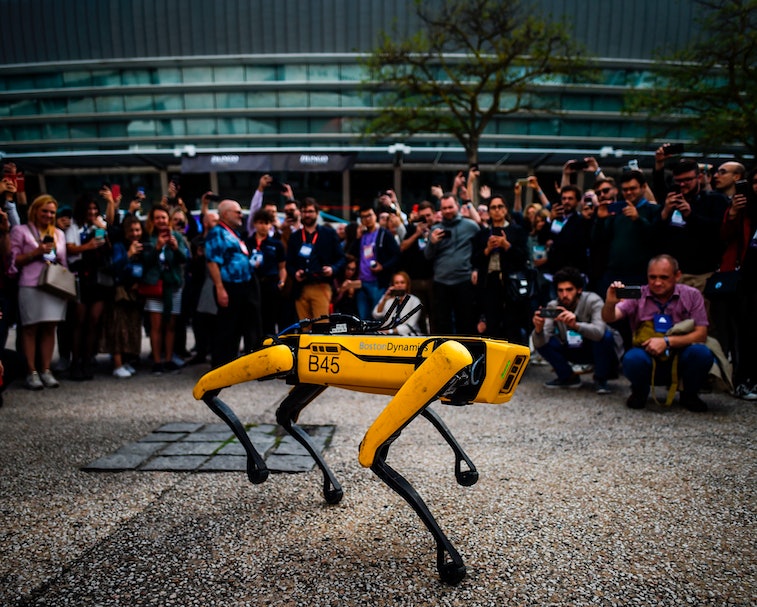 Public backlash and criticism from New York council members has officially led to the termination of the notorious Digidog employed by the New York Police Department, The New York Times reports. As previously reported by Input, Digidog was NYPD’s robotic dog whose purpose was, according to inspector Frank Digiacomo of the department’s technical assistance response unit, to help keep New York safe. Supposedly.

It didn't take long for people to describe the four-legged dog-bot as sinister and proof of the local law enforcement's propensity for dystopian surveillance methods like the cellphone trackers and surveillance drones it already employs.

On April 22, according to NYT, the NYPD officials terminated the Digidog contract with Boston Dynamics. The agreement was worth approximately $94,000. The action was taken in response to New York City councilman Ben Kallos and speaker Corey Johnson's subpoena directed at the NYPD, which called for an inspection into the records surrounding the deployment of the machine.

Public pressure worked — The NYPD's deputy commissioner for counterterrorism efforts, John Miller, has confirmed to NYT that the Boston Dynamics dog will be returned soon, though he did not specify exactly when. "People had figured out the catchphrases and the language to somehow make this evil," Miller complained.

The robotic dog's presence in New York streets came during a time where critics expressed strong discontent and concern about the application of surveillance methods, which frequently hurt financially precarious groups as well as racial minorities. Digidog’s missions included a home invasion in the Bronx and, in another, Digidog was sent to a public housing project in Manhattan.

High-tech devices like Digidog have sparked worries beyond New York as well. In yet another example that has elicited apprehension, the Dallas police authorities used a robot to explode itself during a standoff with a gunman accused of killing five police members.

Boston Dynamics says, ¯\_(ツ)_/¯— According to NYT, Boston Dynamics has roughly 500 of its robotic dogs, nicknamed “Spot,” deployed around the world, mostly for utilitarian purposes. Losing the robotic dog’s position in the NYPD doesn’t seem to hurt, though the company gave a statement tacitly urging locals to reconsider their trepidation.