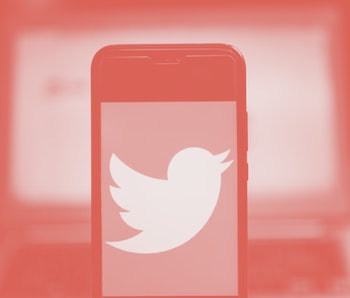 Twitter is bringing back its official candidate labels for the 2020 U.S. election. The labels, which were first introduced during the 2018 midterm elections, are meant to clearly identify the office each candidate is running for. They’ll be added to the profiles of those running for the House of Representatives, Senate, and state governorship.

Like verification, but more official? — It’s notable that Twitter treats these temporary labels as more trustworthy than its standard blue-checked verification service, which apparently isn’t enough to confirm a politician’s identity.

Peace of mind (hopefully) — The hope with these labels is that Twitter users can rest easy knowing the tweets they’re reading are sent from either an official candidate or that candidate’s team. The labels are also meant to assist users in picking out fake accounts that might be created closer to the election.

Labels will appear on a rolling basis — Twitter says these election labels will appear as candidates qualify for their respective ballots, which means they’ll be approved at different times. The company is also starting to verify candidates who qualify for U.S. primaries this week. All qualifications will be checked in collaboration with election nonprofit Ballotpedia.