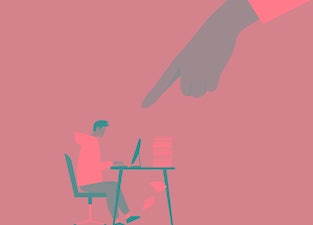 COVID-19 transformed the way we approach work. With millions working remotely, there has been a surge in productivity tools that are ostensibly designed to, we are told, boost creativity, problem-solving skills, and other necessary talents for a successful workplace. But growing research shows that employers are using this tricky time to surveil their remote employees.

According to the United Kingdom's Metro, one in five companies have admitted to spying on their employees working from home. The firms say that they effectively encouraged the use of technology that allowed them to keep an eye on what employees do while working within the privacy of their residence. In some cases, firms were able to even record what their workers were doing on their screens.

Since the beginning of the pandemic, the use of video-conferencing tools like Zoom and productivity management programs like that by Microsoft has come under scrutiny for how they are frequently used as surveillance devices against employees.

Virtually hovering over a worker's shoulder — According to the survey conducted by YouGov and Skillcast that covered responses from 2,009 companies, there was a 12 percent increase in remote "monitoring," which involves tools to check on employees' virtual footprints and even the time they spend looking at a conference call.

The research also indicated that one in seven workers had been surveilled during their remote work. In most cases, these workers had no idea they were being monitored by surveillance tools. The laws around this privacy issue remain outdated.

The new research confirms existing apprehensions and findings about pushes for essentially spying on remote employees. According to an ABC News report in May last year, CNET News editor Ian Sherr stated that although productivity was up since the pandemic began, employers still sought more surveillance tools. In the case of the United States, such tracking tools are intrusive, yes, but they often fall within legal domain. That's mainly due to the dearth of modern legal protections for employees in the face of being monitored. And while some states require that you tell your worker that they are being surveilled, other states have no such legal requisite.

Cyber privacy and security analyst Ahmed Banafa told ABC News, "Since this thing started, the coronavirus pandemic, 16-percent of companies ordered this kind of software because they'd like to monitor their employees."

"Companies on the other side," Banafa added, "who provide these kind of services, they saw 40-percent increase from their current customers asking for more licenses." It's the perfect environment for anyone looking to breathe down an employee's neck.