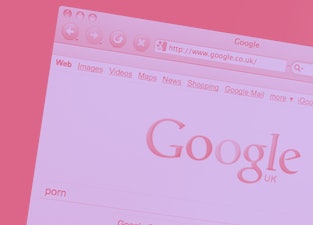 The number of horndogs who searched Google for "how to have sex" in 2020.

You’d think it was intuitive, but apparently not. In the United States, Google searches for “how to have sex” spiked last year at the start of the pandemic. It was the most in-demand sex tip of 2020.

That information comes from telehealth company FROM MARS, which analyzed twelve months of search data to learn the most Googled sex questions of the past year.

Sex ed — Interest in sexual questions had a direct correlation to lockdowns, with a lack of physical contact making people search for more information on sex. Searches for “how to have sex” spiked as the world entered pandemic lockdown, for example, but have been on a steady decline since. “How to measure penis” and “how to put on a condom” were two others that saw sudden... bulges in March and April.

Interestingly, most searches for “how to have sex” came from Utah, of all places. That kind of makes sense, considering sex remains a taboo topic among the state’s predominate Mormon population. They may not have family or friends to go to for answers, but hopefully Google gave them some good information on safe sex practices.

Togetherness — The easiest explanation for these trends is that young, inexperienced folks were feeling extra lonely stuck at home and in need of something to replace the satisfaction of human interaction.

But for people in relationships, searches reflected too much together time. Searches for terms like “what is gaslighting” and “marriage counseling” saw some big spikes throughout 2020, presumably as the repeated cases of the toilet seat being left up became too much to bear.