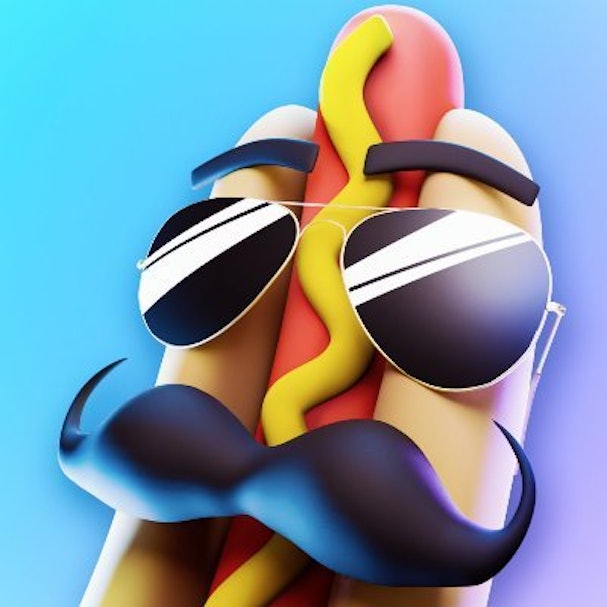 In January, some hero launched the Ordinary Sausage YouTube channel. At first, uploads weren’t frequent, but they’ve steadily risen to three videos a week since the pandemic hit. Each video offers more glimpses into the mind of the creator who generally remains hidden, holding his likeness ransom in exchange for a million subscribers. In a matter of months, he’s a quarter of the way there.

What's drawing them in? Turning other foodstuffs into sausages. Eating them. And rating the results on a scale of zero to five sausages.

Extraordinary sausage — Ordinary Sausage manipulates several markers of modern food media to create imaginative and horrendous sausages — from the delicious Tikka Marsala sausage to the truly dadaist air sausage. We generally only see the hands of “Mr. Sausage,” a hallmark of the video boom of years past, and he utilizes high-end appliances much like the capitalist lust-bait in the now-maligned Bon Appetit Test Kitchen.

Mr. Sausage actively engages with his fans, far beyond his Patreon perks, and the Ordinary Sausage subreddit is more lively than Quibi’s (granted, that's a low bar). He also fields requests on social media and even uses fan art of sausages to rate each creation using his five-sausage scale.

Hilarious and horrendous — While there is no shortage of food YouTubers who are funny, this channel falls somewhere between Mythical Kitchen and You Suck at Cooking in its absurdism. At first glance, he’s bumbling through, but the comedic edits reveal that the only thing he’s not in control of is whether the sausage bursts. Deft skill meets spit take-worthy nonsequiturs, unabashed acknowledgments of the phallic nature of the process, anecdotes about Mrs. Sausage (yes, he is off the market), and earnestly sung pop songs.

Best of all, these videos are narrated with a strong, white Chicagoan accent, so if you’ve ever wanted to hear what “Genie in a Bottle” sounds like with that lilt, your prayers have been answered.