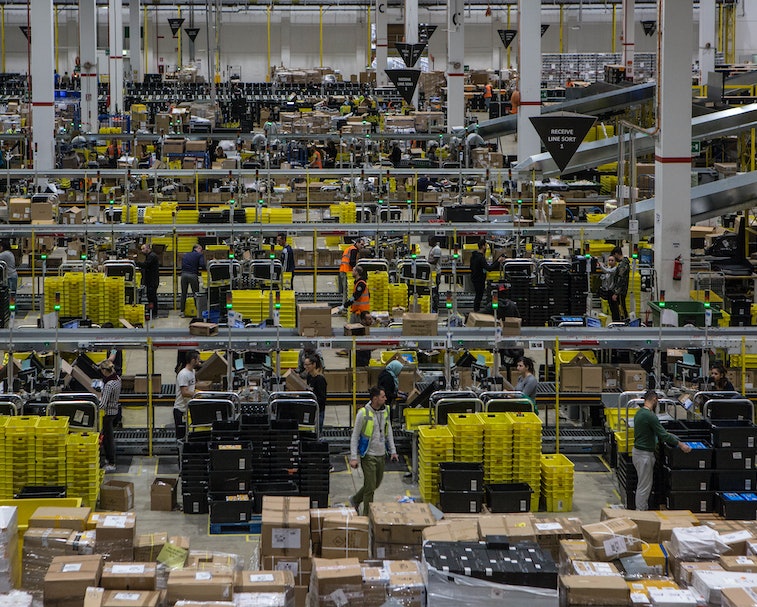 The DCH1 Amazonians United union formed in Chicago last year and rose to prominence when it successfully lobbied to stop its members working in a literal sweatshop warehouse last summer. Flash forward to March this year and the workers were planning a walkout over their lack of paid time off (PTO), inspired by colleagues in Sacramento, when the coronavirus pandemic upended their plans.

Nonetheless, on Sunday the union announced its successfully won PTO benefits not just for its members, but for all Amazon workers in the U.S. who work 20 hours or more per week. However, in some instances, Amazon is now trying to combine sick leave and PTO, which are meant to be distinct benefits. Something tells us the DCH1 Amazonians aren't going to accept the change without a fight.

The build-up — In summer 2019, 150 workers at the Chicago DCH1 Amazon facility circulated a petition regarding the lack of drinking water available to them at the site. A visit to management with many names in tow later, and bottled water was quickly made available. Eventually, the company installed water lines at the facility, which arguably should've been there from the outset. After this effective action, DCH1 Amazonians United was formed, and soon the fledgling union had more demands.

In July, it asked for a raise, health insurance, and air conditioning for its members, and eventually pressured management to send them home with pay while the concerns were addressed. PTO became the next item on the agenda, spurred by a December walkout from Sacramento warehouse workers and the realization that despite being promised PTO in their contracts, workers weren't accruing it.

“[W]e need PTO to have some time to breathe, live and remember what it is to have dignity and freedom.”

DCH1 Amazonians United managed to get 251 petition signatures, but management would only meet with them one at a time. As they prepared for a walkout, Amazon granted PTO for Class Q, I, M, and S workers throughout the U.S. — some of whom the company had previously claimed were ineligible for the benefit because of their classification.

Why do part-time workers need PTO Amazon may ask? They explain it pretty well in their own words:

“Many workers at DCH1 have multiple jobs and get little sleep. Many of us have children, support other family members, are students, and/or are single parents. We need PTO to recover from Amazon constantly grinding our body down and crushing our soul. In our capitalist economy designed to squeeze every last drop of energy from our bodies, we need PTO to have some time to breathe, live and remember what it is to have dignity and freedom.”

The fine print — Class X workers who have on-call, flexible schedules are not included in the PTO victory, but there’s a vague part of the new policy that is equally concerning. For now, those in states that mandate paid sick leave have separate balances for those hours in addition to the new PTO accrual. In June, the two balances will be combined.

It’s common for some companies to lump sick and personal paid time off (and, sometimes paid vacation) into one category, but the language of Amazon’s PTO policy announcement isn’t clear on whether the total hours will increase to reflect the combination. In These Times accessed an internal document that states the sick leave bank will “disappear” in June, suggesting workers will indeed stop accruing those hours this summer.

We reached out to Amazon for clarification only to receive another vague statement about how they’ve expanded benefits for their workers. Even as things change, all too often they stay the same. We'll let you know if we hear anything more concrete. And we'll be keeping an eye on DHC1 Amazonians United, which reminds us that collective action is often the only tool workers have in the face of employers who can otherwise only be relied on to exploit them until they're forced to do otherwise.

Update: This story was updated to include new information from In These Times.