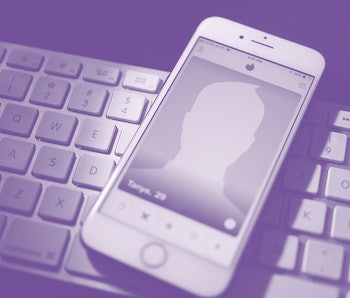 On Thursday, several dating apps became the subjects of a House subcommittee investigation. The Chairman of the Subcommittee on Economic and Consumer Policy, Representative Raja Krishnamoorthi, sent letters requesting information regarding minors on the apps and the sale of third-party data. The letters were addressed to executives at Bumble, Grindr, The Meet Group, and the Match Group (owner of Match.com, Tinder, OkCupid, and Hinge). This new investigation suggests that lawmakers aren’t stopping at the biggest tech companies when it comes to regulating data collection and privacy.

Minors on dating apps — The identical letters cite reports about minors lying about their age and how predators exploit that, as well as the lack of screening processes for sex offenders on dating apps. The Meet Group recently announced a tool created in collaboration with Microsoft to “better detect, address and report online predators attempting to lure children for sexual purposes.” The tool is a mix of AI and human monitoring, but it’s entirely reactive, like Tinder's new panic button.

Some minors flock to these apps for hookups, but many genuinely seek to open their dating pool, especially if they’re exploring their sexuality. Think about the last time you signed up for one of these apps. The lack of a background check makes it easy to start swiping, but it also creates a breeding ground for bad actors.

If the only way to access that protection is by paying for a subscription, many teens aren’t able to do so. Even those who can afford it aren’t likely to want to deal with the card charges observed by their parents.

Third-party data — Okay, so let’s say Tinder starts screening users. How comfortable are you with Match Group having that much data? A recent report from the Norwegian Consumer Council confirms your fears — sensitive information ranging from your sexual orientation to your political views is sold or shared with third parties. And this is just from the self-reported app data. Tinder, Grindr, and OkCupid shared were specifically named in the report for sharing info like GPS locations.

But this goes beyond the existing advertising implications of data dissemination and GDPR compliance. With even more private information on the line, the way these companies handle this data could play a role in structuring proactive screening processes.