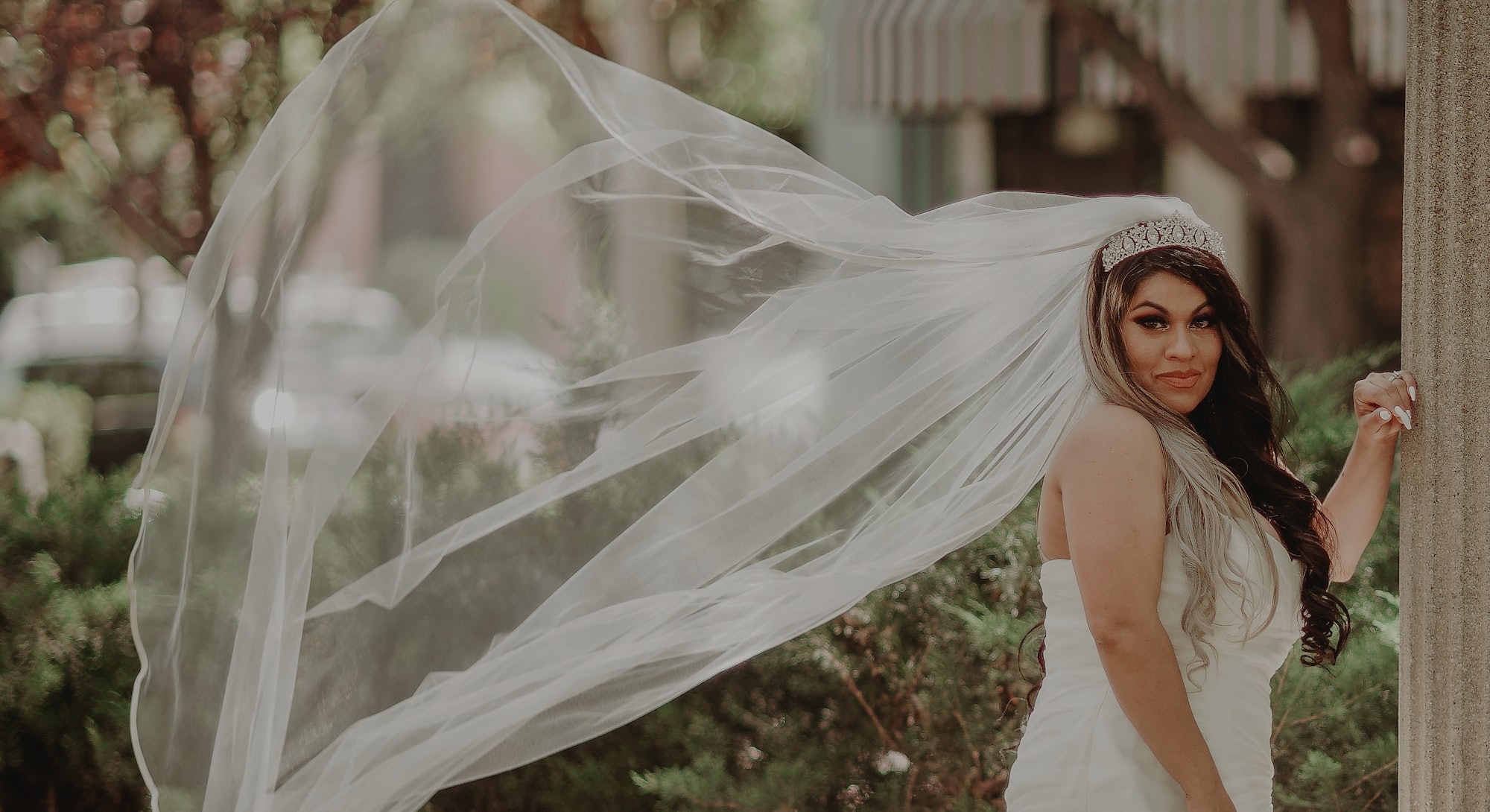 Before Deelilah Contreras’ partner Xavier went to prison in 2016, she thought that everyone who was locked up deserved to be behind bars.

But when Xavier was sentenced to 15 years after an altercation with his sister’s abusive ex-boyfriend, her world was turned upside down, and she reevaluated her stance. At the time, Contreras was 16 and six months pregnant with Xavier’s son.

Although their relationship remained strong over the years — they had a prison wedding in 2019 — the pandemic has made things difficult. Contreras would not hear from her husband for weeks due to prison lockdowns to prevent the spread of coronavirus, and now that she was old enough to legally drink, her friends would regularly encourage her to try and meet “free” men in clubs. It made her feel alone.

“I had nobody to talk to, and my friends were unsupportive,” says Contreras, now 22 and residing in California. “That’s when I turned to TikTok.” There, she found the prison wife community. “There were so many women who were in the same situation as me. It just felt like one big family.”

Contreras now has 53,000 followers on her @iammlovelyy account. She splits her time between creating content, working as an esthetician, and caring for her five-year-old son with support from Xavier’s mother, with whom she lives.

Prison wife TikTok is a place where women can discuss the highs and lows of loving someone who’s doing time. It is extremely popular — the hashtag #prisonwife has attracted more than one billion views — and awash with depictions of romantic gestures (long letters, kind gifts) and mutual adoration, images that have made other women want to join in.

“There are girls who post about meeting their husband on a pen pal site,” says Contreras. “They’ll claim that everything’s wonderful and say that everyone should do it.” (Pen pal wives tend to be looked down upon by others in the prison wife community due to their association with the fetishization of prisoners.)

As someone who once lied about her husband’s incarceration out of embarrassment and shame, Contreras finds this bizarre to see. “I wouldn’t wish this on my worst enemy,” she says. “It’s so hard to love somebody who’s incarcerated.”

Veronica Rain, a 40-year-old prison wife and mother of five from California, also wants to dispel the misconceptions about being a prison wife. “There’s a lot of romance in this, but there’s also a lot of hardship,” says Rain, whose @veronicarain2 account has 13,000 followers. She married her husband last year; the pair had dated 15 years prior and rekindled their romance while he was in prison.

“This isn’t a trend — this is real life,” she continues. “We’re not trying to glamorize it, and we never want to give the impression that this is fun or something that you want to end up in.”

Contreras admits that when she started out on TikTok she frequently posted about the best parts of her relationship. But she wants women to know that constantly showing off romantic gestures is a coping mechanism. “A lot of us seek validation,” she says. “We want to post the good things to avoid the backlash from people who say that we’re dumb or wasting our lives by being with an inmate.”

The backlash can be brutal. “Most of the comments I get are about me being able to do better, or that my husband doesn’t deserve the food packages I take him because he’s a criminal,” says 21-year-old Olivia Thomas, from New York, who had 234,000 followers on TikTok. (Thomas’ account has disappeared since Input spoke with her, and she did not immediately respond to an inquiry as to why.)

Thomas married her husband in 2021, after several years of long-distance dating. The pair had been introduced by mutual friends while her husband, who is still in prison, was serving a sentence for robbery. “I get racists, too,” she says. “People say that because my husband is Black it justifies what’s happening to him.”

Contreras has also struggled with abuse. “People tell me my husband will leave me as soon as he gets home, or that I’ve wasted six years of my life,” she says. “I’ve even been told to kill myself because I’m married to an inmate. It’s draining, which is why I stop posting sometimes. But I can’t let hate comments get to me.”

‘It can get crazy’

Aside from the vitriol hurled at them by some users, prison wives on TikTok have to contend with an altogether different phenomena: other women looking to steal their man.

This is why many prison wives don’t post information about their husbands. “It can get crazy,” Rain says. “People will write to [others’] husbands and try to steal the relationship or make trouble by spreading lies about the wives. We try to block and keep those women out as much as we can.”

On top of all this, prison relationships can be expensive — Rain estimates she’s spent roughly $10,000 on her husband over the last few years — which is why, behind the scenes, some wives encourage their partners to have multiple relationships. “After we got married, I told my husband that if he has females who want to bring him food packages, then I’d rather they did it, because I don’t want to spend our money on it,” says Thomas.

“Some of these women want to take our husbands because they’re just looking for clout.”

Items from food packages, Thomas explains, can be sold in exchange for cash inside, helping prisoners to earn money while they do time. She wants to save as much as possible for her husband’s release in 2023. “That's why I always laugh when people comment on my videos and tell me he has five other females bringing these packages up,” she says. “I hope that he does! It makes things way better for us.”

Not everyone is so happy with the extra attention the men are getting. “Some of these women want to take our husbands because they’re just looking for clout,” says Rain. “They’re trying to get viewers, and they see this as a trend.” (One prominent incident involved TikToker Naomi Wise, who met her husband-to-be Victor Oquendo through writeaprisoner.com. Wise was criticized harshly by community members and others for the way she approached her TikTok and left the platform entirely due to hate and bullying.)

Despite the occasional drama, prison wife TikTok is a close-knit group. Members can sympathize with each other in a way their IRL family and friends cannot, and they work hard to provide support for the wider group.

“People need a teacher to show them how to navigate this world,” Rain says. She likes to post important information — like how to book visits and how prison mailrooms work — to help other wives stay informed. “I show people how to deal with a situation, and it spreads really quick.”

For Contreras, the untold love story is the bond that unites all the TikTok prison wives. “I'm not going to lie. I’ve had moments where I think I’m done. Like I’m ready to throw in the towel and feel like I can’t do this,” she admits. Her fellow wives get her through it every time. “I get a good support system on TikTok. It’s like my therapy. It definitely helps.”