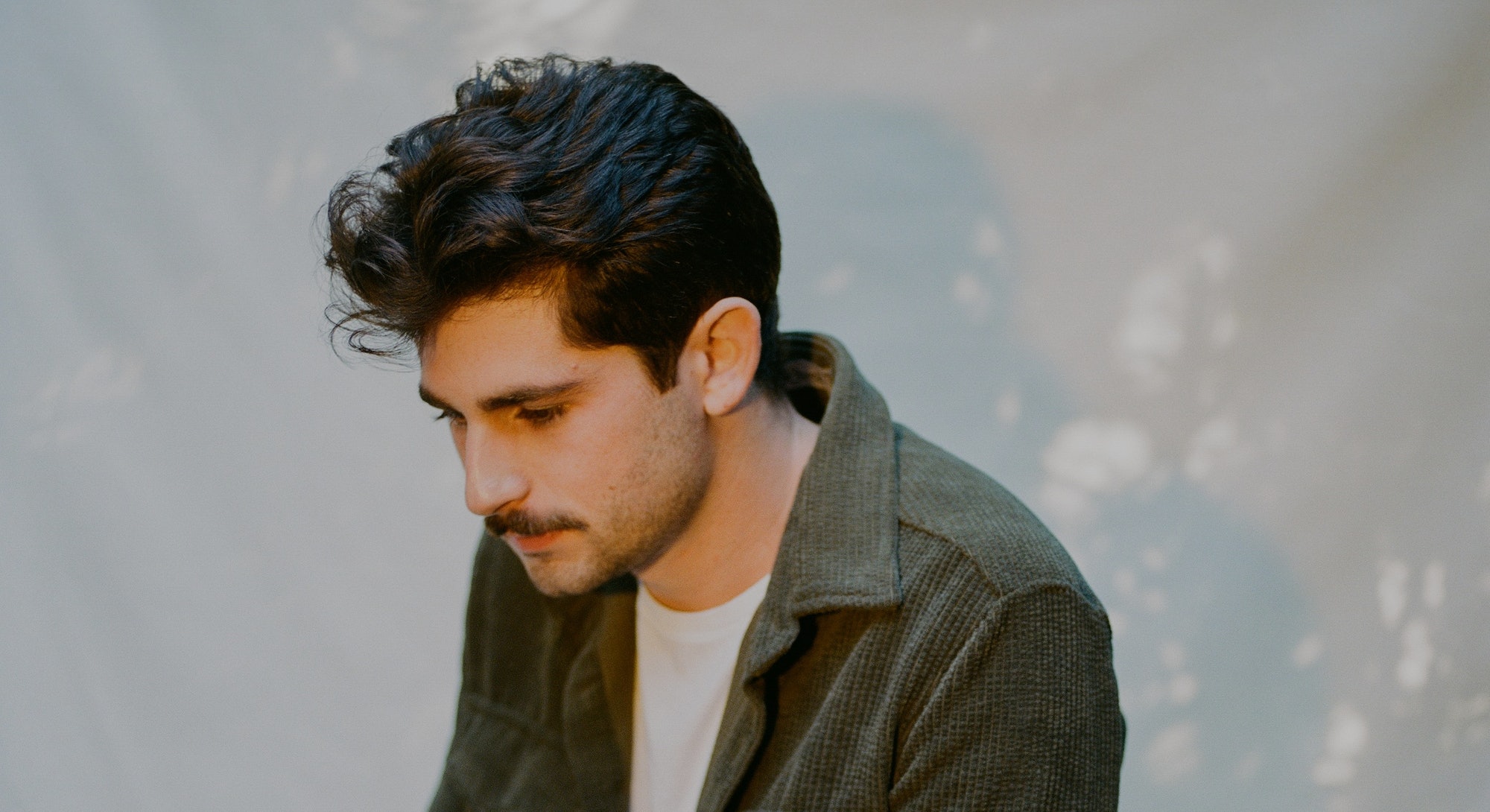 When Brendan Chamberlain-Simon clocks into work from Los Angeles, his mind goes somewhere tens of millions of miles away.

He and his colleagues lead NASA’s Mars Perseverance mission, which this year celebrated the landing of the new rover and the first powered Mars flights in history, with the Ingenuity helicopter. Before that, he worked with the veteran rover, Curiosity.

Chamberlain-Simon, 28, is a Mars rover planner — or, less formally, driver — and hardware-development researcher at NASA’s Jet Propulsion Laboratory (JPL). He also happens to be a musician, recording under the name Proud Father.

His debut album, The View of Earth from Mars, fuses Brendan the recording artist and Brendan the robotics technologist for the first time. Its eight dreamy tracks tell the story of an astronaut pioneering human exploration of Mars, a place Chamberlain-Simon is intimately — if distantly — familiar with. The View of Earth from Mars comes out today via indie label Massif Records and was five years in the making.

Chamberlain-Simon, who started using the Proud Father name about a decade ago, tells Input the album is the most authentic, autobiographical piece of music he’s ever created, pulling from his own journey to reconnect with a “more profound sense of fulfillment” during a period of what felt like aimlessness. Having bagged his dream job of working at NASA right out of college, he has said he eventually started to wonder if he’d “peaked” too soon.

Despite the magnitude of his role at NASA, his relationship with Mars is about as technical as it gets, and there can be long lulls between the moments of more tangible gratification. It might feel like a video game on some days, when he’s scripting instructions for robots to execute later on their own, while on others he’ll be struck by the overpowering sensation of “beautiful solitude on this desolate planet.”

The View of Earth from Mars began as an attempt at reconciliation with himself. “I was just trying out emotional realities in real-time and seeing if they felt true to me, or if they felt contrived, or if they felt disingenuous,” Chamberlain-Simon says. “The album was the process of me wading through the murk and trying to find these crystals and nuggets of truth in the midst of that.”

Doing so turned out to be pretty therapeutic, he adds: “I ended up discovering that sense of fulfillment and discovering — rediscovering — that drive and the ambition that had ultimately brought me to NASA in the first place.”

But much like a Mars landing, actually getting to that point of discovery took years of hard work and meticulously calculated moving parts. Those five-part harmonies? The guitars “all tuned funny”? “A million synthesizers”? It’s all him, recording alone in an L.A. bedroom. Proud Father, too, is all about the technical. “I made it over hundreds, if not thousands, of hours,” Chamberlain-Simon says of the album. “I had a very specific exploration that I wanted to do.” (Producer Sahil Ansari did mixing and additional production.)

“I was really precious about a lot of things,” he continues. “I really wanted to make sure that the sound of the record did the story justice, and that this would be a complete package, this living document of a thing that I went through and it seemed that I felt so deep.”

The tracklist, titled with a mix of terms that would be familiar to any spaceflight buff, reflects his own emotional journey. On the album’s sixth song “Victoria Crater,” named after the exploration site of the now-defunct Opportunity rover, he sings, “How long can I run victory laps before I’m just running?” It’s a question he’s asked himself in the comedown of his early successes.

Listeners may best connect with the album alone, in a comfortable place where they can “just drift.”

Now that The View of Earth from Mars is done, Chamberlain-Simon says he daydreams of a live performance that gives wholly into the album’s vulnerability. He envisions concert-goers all lying on the ground, eyes to the heavens, allowing the music to wash over them. But given that we’re still coming out of a pandemic, in addition to the difficulties of playing his complex music live by himself, he isn’t so sure how that will happen any time soon.

For now, he says, listeners may best connect with the album alone, in a comfortable place where they can “just drift.” “It’s meant to be transporting,” Chamberlain-Simon says. “It’s meant to take you out of where you are.”

And is that not the basis of our most romantic notions of exploration, anyway? On Earth, on Mars, within ourselves — it all comes down to the same thing. “At the very core of this,” he says, “it’s just human questions searching for human answers.”