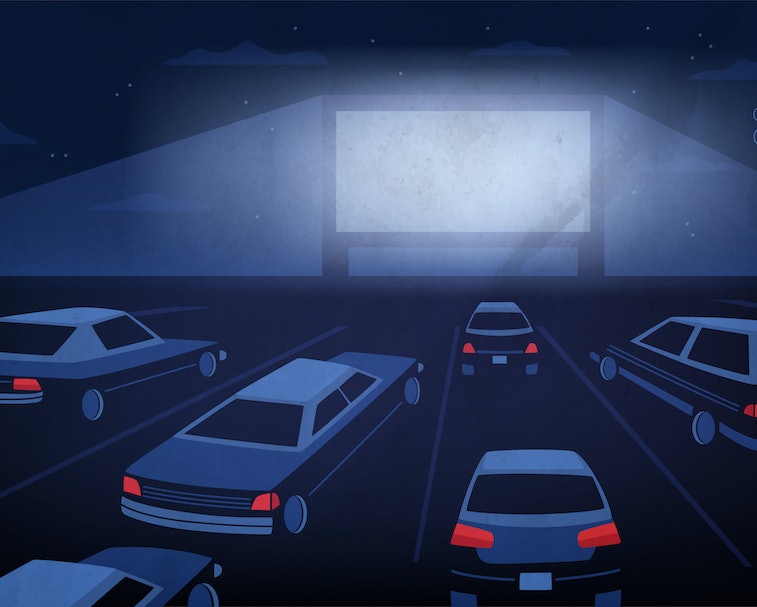 In a bold, if misguided, PR move Quibi partnered with Collider for a drive-in screening of one of its shows, according to The Hollywood Reporter. The only quick bites at Tuesday's free event came from the included concessions and the Umami Burger dinner. For those who don't know — and going on subscriber numbers, there are a lot of you — Quibi stands for "quick bites" and was intended to offer commuters, young people and... we don't really know who else, actually, bite-sized portions of high-production-value shows commissioned specifically for the platform.

Thrown up on a big screen at the famous Americana in Glendale, California, a feature-length version of the company's showThe Stranger only subtly nodded to it ever being a show. The plot takes place over 12 hours in Los Angeles, so timestamps quietly mark where episode breaks once were. This is the first feature-length exhibition of a Quibi show, mere months after the platform’s launch, and the latest in the list of concessions the company has had to make that suggest perhaps – just perhaps – its model was flawed from the outset.

Admission of fault? — The event was devoid of everything unique Quibi set out to accomplish: the short format, the mobile-only approach, and the turnstile rotation feature that lets users switch between landscape and portrait orientation on the fly. The latter is at the core of a patent dispute, and the mobile-only ethos is becoming a distant memory in quarantine with shows hitting YouTube, and Quibi adding support for AirPlay and Chromecast, and announcing partnership talks with Roku and Amazon Fire TV. Now, the final, foundational brick of its short-form content is coming loose.

We recently covered Quibi’s exploitation of a film crew union. Quibi licenses the “quick bite” format for seven years, but creators can distribute longer edits after only two years. Since episodes are too short to be properly classified under during the filming process, crew members receive significantly lower pay despite shooting feature-length movies.

It’s unclear when Quibi’s licensing deals begin, whether that’s early on in pre-production or once it premieres on the platform. The machinery of TV and movie-making can take years, so it’s possible showrunner Veena Sud was free and clear to showcase this version of The Stranger. Or, Quibi wanted to showcase one of its more popular properties and drum up excitement for an app that promises the complete opposite experience of a drive-in movie theater.

The latter feels more likely when you take into consideration the Quibi goody bags and wall-to-wall Collider coverage. Fifteen Collider articles in the past nine days heavily or partially feature the “show,” with some clearly marked as sponsored content and others likely the result of increased access to talent ahead of and during the event. Whether you’re writing movies or reviewing them, you don’t leave money on the table, so Sud and Collider are just playing the game — in the middle of a financial crisis to boot.

Quibi recently scooped up 10 Emmy nominations in the generally underserved Short Form categories, and it definitely wants to show off the talent behind its stories. This transparent attempt to do so only reminds us of what all of that talent could do elsewhere. Still, it'll be something to tell their disbelieving kids one day.