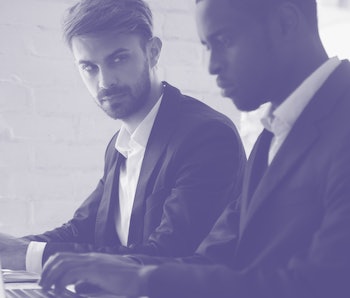 On Wednesday, LinkedIn held a town hall meeting for its employees to discuss racial injustice in the wake of international protests against the hyper-policing and killing of Black Americans. While the panel section went off smoothly, The Daily Beast reports an anonymous question and answer chat segment quickly became a hotbed of racist rhetoric. The Verge confirmed the comments that quickly devolved into all-lives-matterism.

Off the rails — Here are just a few of the choice comments that came up during the discussion:

Presumably, in an effort to hit all the All Lives Matter bingo boxes, other comments included reductionist gems like, “I, a white person, have also experienced racism,” and “what about black-on-black crime?” These kinds of comments showcase an inherent belief that Black people are inferior, place the onus of learning about suffering on those in pain, conflate social discomfort with systemic racism, and malign the actual work of Martin Luther King Jr.

Is there hope for LinkedIn? — LinkedIn CEO Ryan Roslansky penned a response to the offensive comments on Thursday. He apologized for presenters’ inability to see comments in real-time and for not creating a safe space by allowing anonymous comments, thus removing accountability. Anonymous comments won’t be allowed in the future. He also wrote: “We are not and will not be a company or platform where racism or hateful speech is allowed.”

Along with the apologetic statement, LinkedIn also released a resource for employees and users interested in educating themselves about racial dynamics. The quote pulled from The Verge is from an employee in Fiji and it goes on for far longer. A white employee has reportedly talked to this commenter since the town hall in an effort to take the burden off a Black employee.

LinkedIn began taking hate speech and abuse more seriously on its platform in 2018. Though during the following year only 500 posts with hateful or derogatory content were removed. We didn't need to be reminded that racism is pervasive and ubiquitous — including among the staff of the world's dullest social network — but as with so many things we don't need or want right now, we've got it anyway.