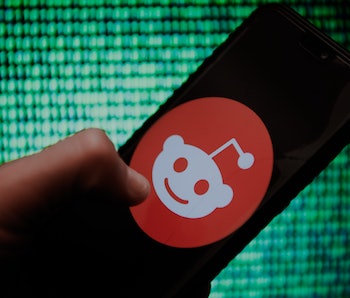 Facebook finally banned (some) deepfakes — and now Reddit is doing one better. The site today updated its policies around impersonation to ban all impersonation of individuals and entities. Manipulated media has been banned on Reddit since 2018, but the new policy includes even more minute instances of impersonation.

A blurry line to balance upon — Reddit’s ban, while more complete than Facebook’s, does still allow for satire and parody. The new policy reads: “we will always take into account the context of any particular content.” But the policy does nothing to set boundaries around what does and does not constitute satire or parody, which means it’ll probably be up to moderators to decide. That leaves Reddit open for a whole lot of contested removals and bans.

The new policy does cover a lot of ground — While it may leave some definitions open for interpretation, the new policy is pretty clear that the vast majority of impersonations will result in removal or banning, no matter how small.

The policy states: “This not only includes using a Reddit account to impersonate someone, but also encompasses things such as domains that mimic others, as well as deepfakes or other manipulated content presented to mislead, or falsely attributed to an individual or entity.”

This is mostly preventative — Reddit doesn’t actually see many impersonations. According to the site’s 2018 Transparency Report, impersonation is one of the least-reported incidents across Reddit — it only comprises 2.3 percent of all reports. So this ban isn’t one most users will even encounter. It’s more of a preventative measure, which is really quite refreshing in a field where most policy updates are reactionary.