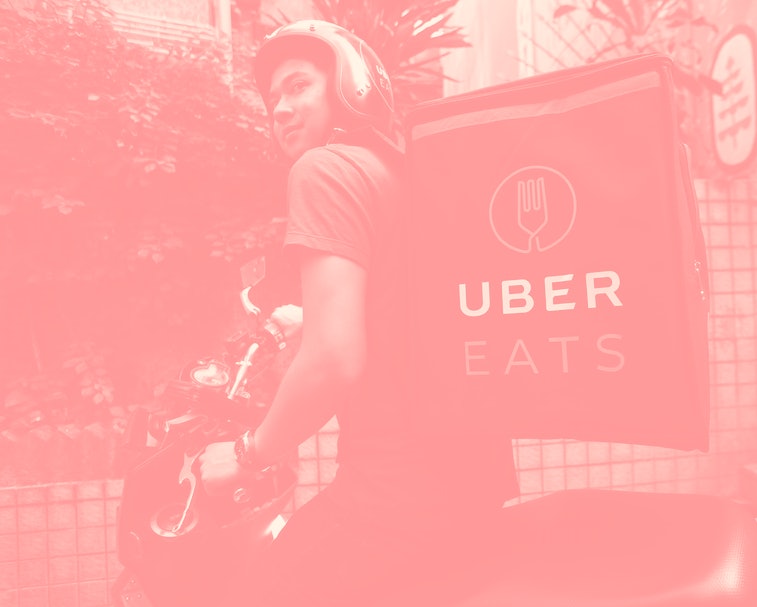 DoorDash and Uber held talks to potentially merge the two companies last year, according to a report by the Financial Times. As can be assumed, the talks did not end in anything productive. The talks were a product of a push by SoftBank, which is a majority shareholder in both Uber and DoorDash.

Don’t count out a merger down the line — The companies could still resume talks in the future, according to sources familiar with the matter. Neither SoftBank nor Uber would comment on talks though an Uber spokesman told FT, “We’re in constant dialogue with all our shareholders, but to be clear: our M&A strategy is ours and ours alone.”

If the companies were to merge, their combined prowess would make them nearly unstoppable. It would also mean SoftBank would own a large chunk of the food delivery market.

DoorDash is on top right now — The food delivery market as a whole isn’t doing so well. Last year just about every company’s earnings fell from the previous years’ — except for DoorDash, that is. DoorDash’s market share went from 19 percent in 2018 to 33 percent in 2019; meanwhile, UberEats' share of the market went from 22 percent to 19 percent. DoorDash’s total sales grew 143 percent year over year.

GrubHub is the only company that seems able to keep up. Though its total market share decreased last year as well, the company is still profitable. But rumor has it Grubhub might be looking at a possible sale, too.

And UberEats isn’t doing well at all — Uber reported that Eats lost $316 million in just the first three-quarters of 2019. The idea of the food delivery service managing to turn a profit at all at this point is almost laughable.

Uber CEO Dara Khosrawshahi has been fighting tooth and nail to keep the company afloat and has promised investors it will be profitable by 2021. To make ends meet, UberEats has been pulling out of some regions and merging with rivals in others. The company no longer operates in Korea and merged with Zomato in India just last week.

Neither company's future is secure in such a competitive market. If they were to merge, though, they might just be able to turn a profit.