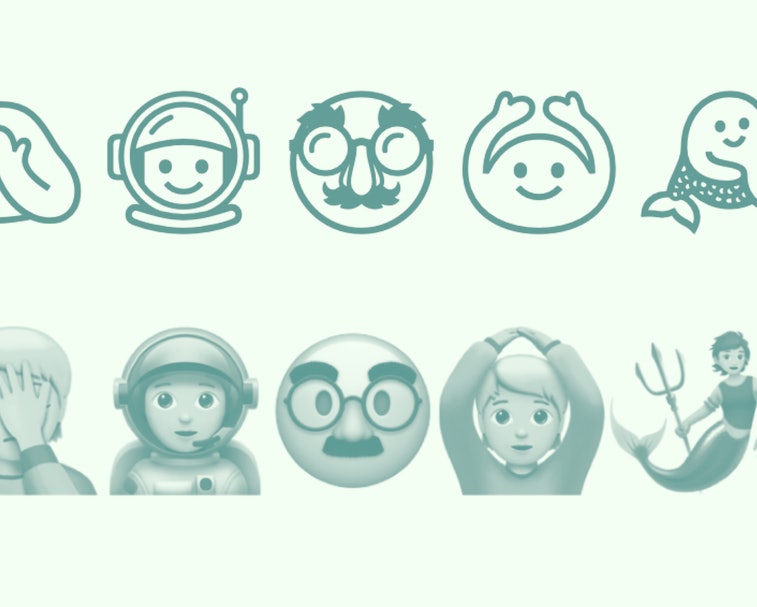 The inimitable Jennifer Daniel, a Unicode Emoji Subcommittee-Chair, wrote about a new effort to take emojis back to their humble roots. Before we had our gleaming set of 3,633 emoji characters like this cute little fly, or a weird bean, or the inimitable che vuoi pinched fingers. Emoji are introduced regularly, and their usage changes just like other slang (😂 is cheugy). Emoji are linguistics.

Our retina screens now show us the tears welling up in 🥺 and the details to convey the unconventional but sublime portrait of a bug playing the sax 🎷🐛. But despite all the bells and whistles of emoji in the 2020s, emoji expert Jennifer Daniel argues that we’ve lost a bit of the minimalist magic that emoji had in their early days. Back in 1999, a Japanese phone carrier supported 176 different 8-bit images: A little pixelated sun, a martini glass, and a slew of symbols.

Emojis take on many of the same complexities of language: They convey euphemism (a 🍑 is not a peach), hyperbole (who’s really laugh-crying at their boss’s meme? 😂 ), and essence (🤠). But maybe that’s too big a task for teeny digital pictures. So she created a retro emoji font. “By removing as much detail as possible, emoji could be more flexible, representing the idea of something instead of specifically what is in front of you (that … is what your camera is for 😂)” she writes.

Unifying emoji into a consistent font eliminates the slight variations by carrier — an Android turtle is not an iOS turtle, you know? Plus, it’s retro, simple, and stylish 😎.

You can download the font from Google Fonts, here. It’s easy to embed into your website — just copy and paste a little HTML and CSS.