'Reuters' is no longer free to read 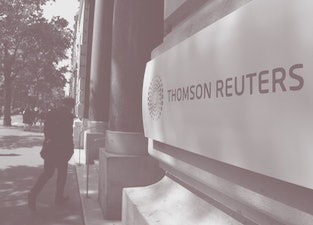 How much it will cost per month to read Reuters.

As of this writing, Reuters, one of the largest news organizations in the world, is behind a paywall. The company announced the change today as part of a larger rebrand to bring Reuters into the world of modern reporting with news aimed at “professional” audiences.

Right now Reuters receives about 41 million unique visitors every month, all of whom will now be forced to sign up or find their breaking news elsewhere. The paywalled site will include a free preview period, though the number of articles visitors will be able to read without paying hasn’t yet been disclosed.

Though some longtime Reuters readers will undoubtedly be disappointed to find themselves on the wrong side of the publication’s new paywall, but the unfortunate truth is that great reporting like that done at Reuters is expensive. A paywall and a fresh coat of paint could be just what the publication needs to compete in the contemporary digital media landscape — if readers are convinced to pay $35 per month.

More bang for the buck — If there’s any good news to be gleaned here, it’s that Reuters isn’t simply putting existing content behind a paywall. The company is promising that its new website will be “the largest transformation at Reuters in a decade.”

In the next few weeks, the publication is planning on opening up new sections of its website for subscribers, including legal news, sustainable business, energy, health care, and the auto industry (per NYT). And, because everyone these days loves a newsletter, Reuters is planning on starting up a few industry-specific ones, too.

And a fresh site — Reuters is almost entirely digital now, so the publication’s website is of paramount importance. It’s undergone minor tweaks in the last few years but mostly stuck to its minimalist roots. The new site is still nothing fancy, but it is more flexible in its toolset.

The new site will include customizable views to highlight your favorite topics; livestreams of Reuters events; new verticals; content and data from partners; and an easier way to follow specific journalists.

Will people pay? — Reuters has been around for more than a century and a half, and in that time it’s become absolutely pivotal to the digital news ecosystem. Even so, it’s not going to be easy to transition into the company’s new business model. The internet has made the vast majority of information free for the general public — convincing the average Reuters user to pay $35 per month for generic, short-form content will come with challenges.

The publication seems hopeful that its revamped site and new features will be convincing enough. We’ll just have to wait and see whether or not readers are willing to move beyond the sticker shock.