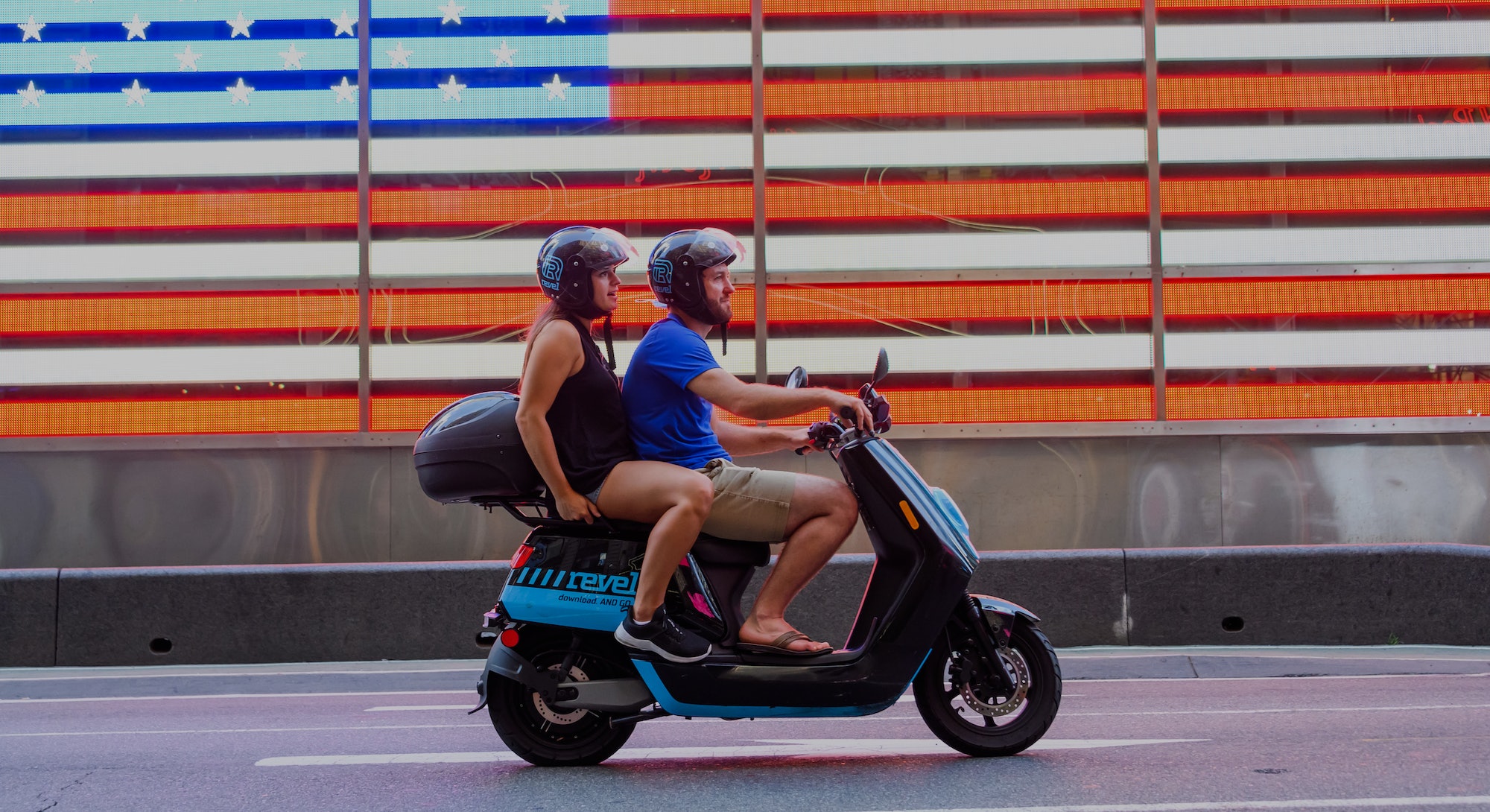 On July 28, after two of its riders died in the span of nine days, Revel suspended operations for its electric scooter service in New York City.

The NYC-based startup began operations in 2018 with a pilot program in Brooklyn and Queens consisting of 68 scooters available to rent through an app. Less than a year later, the fleet expanded to 1,000 scooters available in the same two boroughs, with expansion into Washington D.C., Austin, Miami, and Oakland by January 2020. Scooters quietly became available in Manhattan for the first time in March — but just four months later, service throughout the entire city was blacked out.

Two deaths in such quick succession, as well as Revel’s decision to pull its scooters off the streets in its home base, raises questions about the safety of making scooters so easily accessible. The barrier to entry for the service is minimal. All you need to hop on a scooter and hit the busy streets of New York City is a driver’s license, a mobile phone to download the app, and a credit or debit card for payment.

There’s no training required, and the only instruction besides the controls of the vehicle is to use both the front and rear brakes while stopping. In most states, operating a proper motorcycle or any other two-wheel, motorized vehicle with an engine larger than 50cc requires its own special licenses.

“We are continually evaluating the most effective strategies to promote safe riding and evolving our policies to address changing conditions,” a spokesperson for Revel told Input. “We are in the process of developing additional new measures, including user confirmation of wearing a helmet and an in-app safety exam, which we’re creating in partnership with industry experts. We are in the process of finalizing these measures and will have more information available to share soon.”

I questioned how responsible it is for Revel, and any service like it, to make its scooters so freely available after my own accident. Like many other riders, I was attracted to the ease of use and prices that made any trip cheaper than taking an Uber. And of course, the scooters are fun to ride. A spring and summer full of Revel rides had me flirting more than ever with a lifelong temptation for a motorcycle. That was until my scooter came out from under me and dragged me along Brooklyn’s Bushwick Avenue.

That was until my scooter came out from under me and dragged me.

It was just three weeks ago, two weeks prior to Revel’s suspension of service, that I had my fall. The streets were still wet from afternoon showers, and I hopped on a Revel to have dinner at a friend’s in Williamsburg. That evening’s conditions did give me pause, but I felt confident about my ability to be cautious until a car braked suddenly (and seemingly without reason) right in front of me. In that instant, and still operating with instinct informed more by cycling than riding scooters, I only hit the front brake. This caused the rear wheel to skid out to the right, bringing me and the scooter down to the pavement.

Fortunately, a few onlookers helped me get the scooter back upright, and I was able to walk away from that accident without any major injury. I escaped with only a limp for a few days, a few scratches on my elbow and leg, and a gnarly bruise on my hip that lasted for weeks. But I couldn’t help but think how much worse it could have been. What if the vehicle in front of me would have come to a full stop and I ran into it? What if the car behind me hadn’t been able to brake in time and ran into me? Or what if my skid brought me into the traffic coming from the other direction? These possibilities had me question if I’d ever ride a Revel ever again — and the deaths that soon followed turned the uncertainty into a “hell no.”

My mind also raced with questions as to what I could have done differently and if I really knew enough to safely ride a scooter with no prior experience or training. I also thought about all the people I’d see riding without a helmet, using bike lanes in violation of traffic laws, and blowing through red lights and stop signs.

Josh Rogers and Ashley Richards, president and secretary of the Vespa Club of America, respectively, are seasoned moped and scooter riders and they shed light on the issues that Revel faces. Both agreed that the company's instruction to use both brakes at all times is sound advice, but they had their doubts about the average person being able to hop on a scooter and ride safely. The two of them took motorcycle safety courses, and Rogers worked as an instructor for seven years in San Jose.

(Throughout the interview, Rogers and Richards used the terms “motorcycle” and “moped” interchangeably. The National Highway Traffic Safety Administration groups mopeds and other two-wheel motor vehicles with motorcycles in its official statistics. It's also worth noting that while Revel refers to its vehicles as "mopeds," technically they don't classify as such since they don't have any pedals. Revels are, essentially, electric bikes with a speed governor, and labeling them as mopeds may conveniently help the company curve certain regulations.)

“We knew that expanding access to mobility would mean taking on the risks of the road.”

Rogers says that riding a motorcycle is a skill, and even taking a class may not make you a skilled rider. Passing it, he says, simply demonstrates that you know where the controls are, how to operate it, and have demonstrated the ability to do what is asked of you. "That doesn’t make you a competent rider," says Rogers. “It doesn’t matter if you’ve ridden for five minutes or five years, you could be at very different skill levels. I don’t like to tell people that I’m really skilled. I like to tell people that I have a lot of experience.”

For Rogers, that experience is 27 years. Richards has five under her belt. Both have their share of stories of friends getting in accidents on scooters, sometimes at low speeds, including an accident Richards herself was involved in. Richards was in an accident last Fall when she hit the front brake too hard and sent herself over the handlebars. Though her accident involved her own scooter in Los Angeles, she thinks there’s a difference between riding in European cities where scooters are more common and riders are more likely to be aware of them. "If you go to Paris or Barcelona, there are scooters everywhere,” Richards says. “But if you’re in Chicago, I saw one Vespa there."

Because the stakes are higher if you’re in an accident on a scooter or motorcycle — fatalities on a motorcycle occur 27 times more frequently than cars, according to the NHTSA — it’s important to be hyper-aware of the cars around you. In her motorcycle safety course, Richards was taught to look “nine steps ahead," she says. "When you ride a motorcycle as much as I do — I ride one every day — you can actually understand a car’s body language," Richards added. "You can tell when they’re going to change lanes, when they’re going to turn without a signal."

Because Revel scooters max out at 30 mph, both Rogers and Richards say they may not be quick enough to get out of danger in all situations. And while their lower speeds may lead you to believe they’re safer, that’s not actually the case. The average speed for crashes with severe injuries for a motorcycle and scooter is just 25 mph, according to a study from The Journal of Trauma: Injury, Infection, and Critical Care. Or, as Rogers put it more bluntly, "It doesn’t really matter if you fall at 50 miles [per hour] or 10 miles [miles per hour], you can seriously fuck yourself up."

“These things lend themselves to people taking advantage of 'this is convenient?'”

Laws for mopeds and scooters with a 50cc engine or smaller vary by state, but many — including California, New York, Florida, Illinois, Michigan, and Pennsylvania — require only a driver’s license to operate one, with slight differences in what is considered a moped or scooter. The European Union has similar laws, with the certification for a moped and/or scooter included in a standard driver’s license — but again, their use is already commonplace there.

Revel isn’t violating the law in any of the cities it operates in, but by making scooter use more common, it draws more scrutiny to existing regulations. Are these laws sufficiently safe, or should operating a moped or scooter require its own license and training? Rogers and Richards stopped short of calling for the latter outright, but they do lean towards it. "I do believe in personal responsibility, but I think these things lend themselves to people taking advantage of 'this is convenient?'" says Rogers. "But are they thinking about their safety or the safety or those around them?"

Richards also sees a distinction between renting a scooter and owning one. While she understands for cheaper transportation in America, she worries that a renter may not take the same responsibility as an owner. "It’s not something to be super casual about," Richards says. "A lot of the things that are important about riding a motorcycle or any type of scooter are stuff that the [safety] course tells you before they even let you on the bike. The first thing you do is walk it. You’re not allowed to just get on it."

For now, no one is getting on a Revel in New York City. Mayor Bill de Blasio has said the company cannot resume operations in the city “unless we are convinced it can be done safely.” Short of Revel making its policies tougher than the law, or the laws themselves changing, it’s hard to imagine how its scooter can become safer. Prior to its suspension of service, Revel sent a mass email to its NYC user base rehashing its policies and informing them that more than 1,000 riders had been suspended in the 30 days prior for violating the rules. This did not prevent the two deaths that followed.

A spokesperson for Revel even acknowledged this risk, telling Input, “When we launched Revel, we knew that expanding access to mobility would mean taking on the risks of the road. We’ve been working since day one to combat these risks, and are constantly working to do more to make our streets safe.”

But what if adding thousands of Revel scooters to the streets is actually making them less safe? Instead of asking if we can ride a Revel, we should be asking if we should.