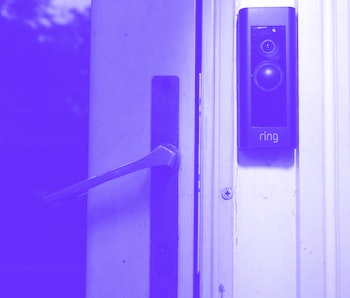 Earlier in December, Discord podcasters hacked Ring cameras, frequently used in homes for surveillance, and live-streamed the disturbing incidents to Discord users. By using specific software to breach Ring privacy, hackers yelled at a sleeping woman to wake up, hacked the Ring camera of a family including three young girls, and went on racist screeds against another household, among other alarming examples.

In response to Ring users, including children, being terrified by these bad actors online, the Amazon-owned company appeared to blame Ring users for not taking the appropriate security measures to protect their cameras. That seemingly nonchalant response from Ring has since backfired big time — specifically on the legal front, per TMZ. A lawsuit in a federal California court against Ring and Amazon argues that the companies failed to address user privacy needs and blamed the victims instead.

What the lawsuit highlights — According to the lawsuit, the collective complaint against Ring and parent company Amazon involves alleged negligence, invasion of user privacy, breach of the implied warranty, breach of implied contract, unjust enrichment, and violation of the unfair competition law. So far, neither Ring nor Amazon has publicly commented on the lawsuit.

No “peace of mind” — The lawsuit takes specific note of one of Ring’s guarantees — that it will bring "peace of mind" to its users through Wi-Fi connectivity — and notes the company "failed to deliver on its most basic promise."

It further adds that "lax security standards and protocols render its camera systems vulnerable to cyber attack" and that "malicious third parties [...] gained access to the video and two-way speaker-microphone system [...] to invade the privacy of customers' homes and terrorize unsuspecting occupants, many of whom are children." It was only a matter of time before Ring’s lukewarm and deeply disappointing response was met with condemnation and of course, legal consequences.