Russian 'Big Mak' knock-off is tragicomedy capitalism at its worst 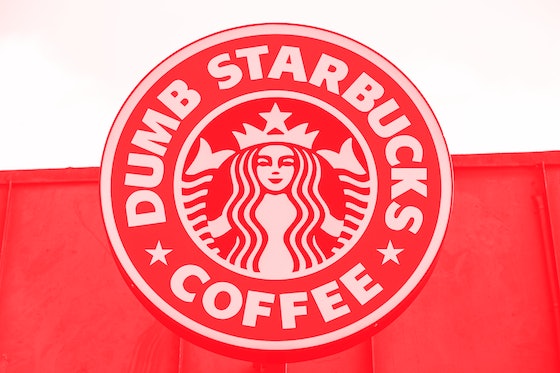 A new Business Insider report this morning finds that opportunists are wasting no time filling the sudden void left by franchises like Starbucks, McDonald’s, and KFC — and because of Russia’s open business hostility towards “unfriendly countries,” they have nearly free rein to cop iconic logos, names, and menus in the process. “This week, Russia's trademark regulator fielded a trademark application for a McDonald's imitator brand called ‘Uncle Vanya,’” explains to Insider, which includes a suspiciously familiar golden arch-inspired emblem. The same applicant also filed trademarks for “Makdonald’s,” “MakDak,” and apparently just straight-up “Starbucks.” It’s the latest grim, tragicomic reminder that someone out there will always find a way to profit from misery.

Far from the first time — To be fair, blatant corporate ripoffs are nothing new in other areas of the world — hell, even for Russia. Since annexing Crimea in 2014, the area has seen the openings of Crimean Fried Chicken (three guesses as to that origin), DonMak (McDonald’s), and a Starducks (yes... Starducks). Perhaps what depresses us the most about the latest examples is just how quickly they are materializing. None of these new trademarks appear to be brick-and-mortar operations just yet, but it won’t take long before at least some of them start popping up across Russia, especially if the Ukraine crisis turns into a protracted conflict.

Not much the real companies can do — Of course, given the geopolitical situation right now, there’s really not a whole lot corporations like McDonald’s and Starbucks can do about this, even if they truly cared about the situation. Counterfeiting is a grift as old as time itself, and with Russia digging into a new age of isolationism, there will likely be more knock-offs to come.

More like this
Annie Rauwerda
5.11.2022 9:59 PM
Good news
Dolly Parton’s starring in a TikTok musical about Taco Bell’s Mexican Pizza
Cheyenne MacDonald
5.6.2022 10:00 PM
Bad Tweet Hall of Fame
I'd do anything to unsee this tweet from the White House pets' fan page
Will Gendron
5.12.2022 12:00 PM
Yikes
El Salvador's bet on bitcoin has been as volatile as expected