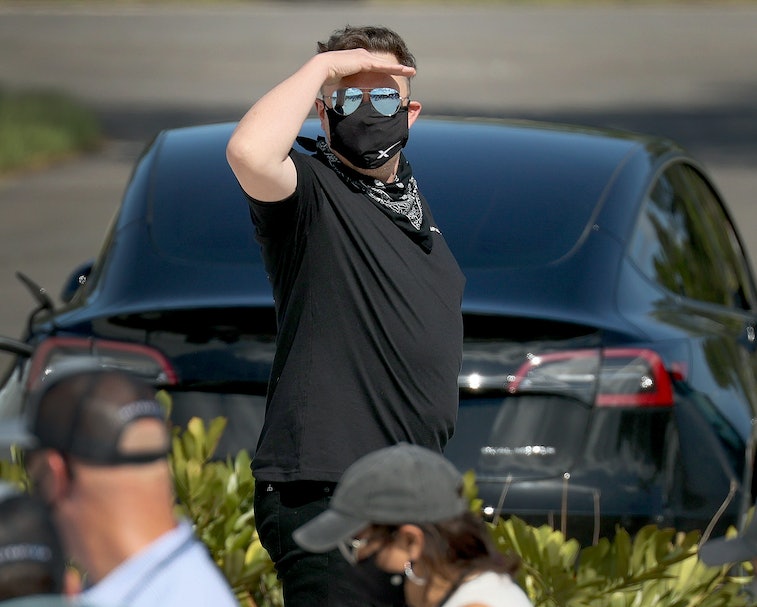 After three days in orbit, SpaceX’s historic, first “all-civilian” Inspiration4 astronaut crew successfully landed its return capsule to Earth on Saturday. The trip and the resultant $210 million in donations raised for St. Jude’s Children’s Hospital were a pleasing, positive change of pace following a summer of Billionaire Boyz Club members measuring their respective “trajectory” lengths, when not dragging NASA into prolonged legal battles over perceived slights. Of course, we can’t enjoy those kinds of nice things for very long... especially not when Elon Musk — Sadboi Technoking Extraordinaire — enters the public discourse.

Apparently, earning congratulations from the heads of NASA, Boeing, Lockheed Martin, Blue Origin, and even Billionaire Boy rival Jeff Bezos wasn’t enough for Musk. When asked by a fan on Twitter why he thought President Joe Biden hadn’t publicly patted him on the back yet, Musk quipped, “He’s still sleeping,” referencing Donald Trump’s “Sleepy Joe” moniker from hells past.

That’s right, Elon Musk, one of the world’s richest (and hence, most powerful) people on the planet is miffed the President didn’t give him a shoutout soon enough. We live in wondrous times.

Always the adult in the room — Honestly, we wouldn’t expect anything less from Musk these days. The virulently anti-union, immature, late-to-the-meme-party CEO of Tesla and SpaceX loves to troll anyone and everyone he thinks has been mean to him, including the President of these United State, who could make life extremely difficult for the multibillionaire’s future dealings with both the Department of Defense and NASA.

Next up, more Dogecoin nonsense — So what’s next for SpaceX after taking nonprofessional astronauts into multi-day orbit? Financing a space billboard using Dogecoin, naturally. In the not-so-distant future, SpaceX and its business partners at Geometric Energy Corporation (GEC) will launch a CubeSat with a glorified GoPro strapped to it into orbit, upon which pretty much anyone will be able to buy screen pixel space to advertise whatever they want with the Earth as a backdrop.

Although certainly not the gigantic, obtrusive space billboards we all were so worried about, it’s no less insufferable to hear of Musk continuing his LOLZ PR stunts. At this point, it truly is impressive just how much wonder and awe Musk and his fellow Billionaire Boyz Club members are managing to suck from the cosmos.