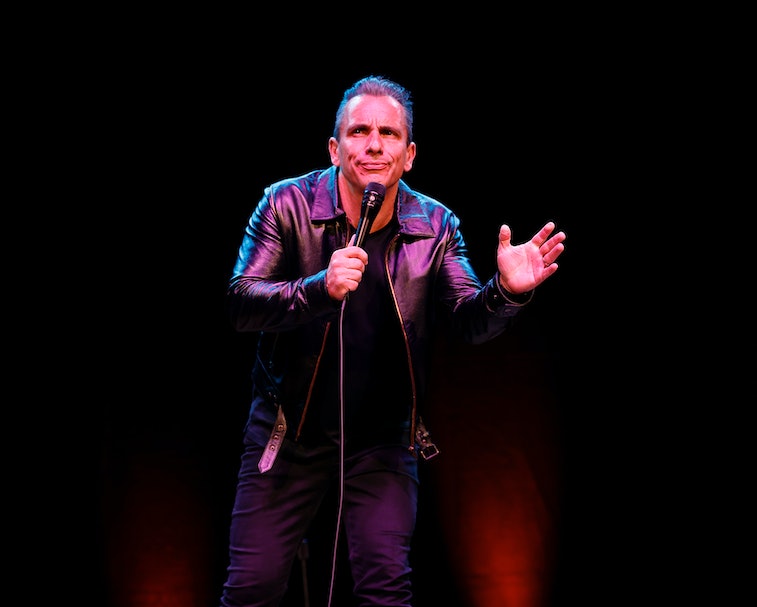 Tired of hearing about NFTs yet? Well, Sebastian Maniscalco, one of the biggest comedians in the world, is giving away commemorative digital collectibles to fans who attend/attended a handful of his shows this month in Canada and the tri-state area. This move is the first of its kind in stand-up comedy and was put together in conjunction with Ticketmaster, which minted a set of gold-shaded NFTs designed by Maniscalco’s wife.

Showgoers that bought tickets to the comedian’s “Nobody Does This Tour” in Toronto, New York (MSG), Newark (Prudential Center), Brooklyn (Barclay’s Center), and Belmont Park (UBS Arena), are entitled to receive the free collectibles via email. They feature the ticket owner’s individual section, row, and seat.

This sort of giveaway is less like a standard NFT launch on a platform like OpenSea, where users presumably buy into a given project based on the potential value it could feasibly accrue over time, and more in-line with the direction digital collectibles are heading: providing owners with access to an exclusive club or membership, with real-world benefits.

Per the comedian’s Instagram announcement, “[The NFT] will give you exclusive access to future Sebastian Maniscalco offers and events.”

A year of scams — Since the broad indoctrination of NFTs into the public’s consciousness, what started out as a noble vision — providing artists with greater ownership over their work — has devolved into a series of scams, corporations trying and failing to get into the space, as well as a general oversaturation of some of the laziest (and occasionally racist) art you’ll lay eyes on. It makes sense then that interested parties are finding new ways to approach NFTs.

Take the Bored Ape Yacht Club, probably the most popular and visible NFT project out there right now, which gives its owners license to use their collectible’s likeness as they see fit. Accordingly, restauranteur Andy Nguyen is turning his Bored Ape into a physical pop-up location where other Ape-owners gain access to exclusive deals. This move will probably usher in a trickle-down effect, where NFT-owners use their collectibles to actually provide something of value to others (while making money in the process).

Maniscalco’s partnership with Ticketmaster is a signal of things to come, where entertainers and other public-facing figures seek to get more out of their most passionate fans. NFTs are becoming less about the collectible itself and more about looping people into a subscription to their favorite artist’s work.