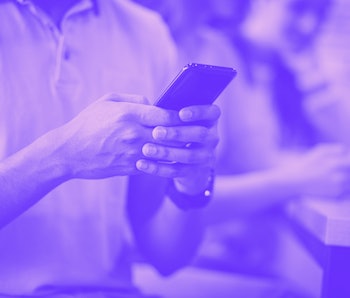 In December, the House of Representatives passed a bipartisan bill targeting robocalls, which are oft-replete with infuriating scams and bogus offers, under the Pallone-Thune TRACED Act. At the time, it sailed with a 417-3 vote to the Senate. On Thursday, without any major opposition on the floor, the Senate passed the TRACED Act. Next stop? The president's desk.

What makes this bill special? — According to a statement from one of its main creators, Senator John Thune of South Dakota, the TRACED Act "represents a unique legislative effort that is not only bipartisan at its core, but it's nearly unanimously supported in Congress."

The bill allows law enforcement authorities, the Federal Communications Commission (FCC) and the Federal Trade Commission (FTC), to actually go after bad actors who use robocalls to scam countless Americans. In 2019, YouMail reported that at least 49 billion robocalls were made in the United States and as The Washington Post pointed out, these calls have left scores of Americans, especially elderly retirees, afraid to answer their phones.

Disturbingly enough, these calls have gone as far as to target hospitals and severely compromise communication between patients and their doctors. In other instances, fraud robocallers have attempted to get people to reveal their Social Security Numbers, mothers’ maiden names, and other deeply personal information.

Not quite law yet — With these problems in mind, the bill requires telecommunications companies to reveal if the number used was real or not. If that number fails to be authenticated, the company has to block the source from reaching customers.

By involving both legal authorities and phone companies, the bill offers a refreshingly straightforward process that could, if signed by the president, truly alleviate an all too common problem for millions of Americans. Fingers crossed for this one.