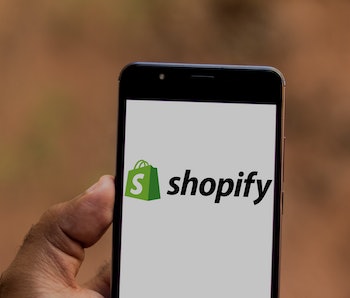 Shopify's stock price climbed 11 percent on Friday after the company's CTO tweeted that the e-commerce company is seeing, "Black Friday level traffic every day." Shopify offers a platform for businesses to host their own e-commerce storefronts.

The increase in web traffic doesn't necessarily mean people are buying at Black Friday levels, but it certainly suggests Shopify is benefiting as consumers shift their spending online and businesses try to make up for lost retail sales caused by COVID-19 shelter-in-place orders. Most physical stores are closed as governments around the world restrict people from leaving their homes except to purchase essential goods like food and house supplies, or to provide essential services.

Brick and mortar outlets are battered — The extended shutdowns have devastated retail businesses already weakened by the increasing dominance of Amazon... which is also doing tremendously well under the circumstances, with CEO Jeff Bezos seeing his net worth increase by more than $24 billion in the last four months.

Amazon controls more than 40 percent of e-commerce sales in the U.S. and sells millions of products worldwide, many of which are delivered in two days or less to Prime subscribers, who pay an annual subscription fee for the privilege. The company is, however, under increasing scrutiny for the way it treats the sellers on its platform, who are subject to Amazon's whims, and the workers in its warehouses.

Forcing retail businesses to shut down hasn't done anything to help them stave off Amazon's continue march to supremacy and the ongoing concentration of its power. Increasingly, Amazon's rise is a self-fulfilling prophecy: The more people use it, the more merchants feel compelled to maintain a presence on it, and vice versa.

More closures expected — It's expected that as a consequence of the economic downturn caused by the coronavirus, more than 15,000 retail stores will permanently close in the U.S. this year alone. That's compared to 9,500 store closures in 2019. And that's assuming stores reopen in a month or two, as per the most ambitious estimates, rather than towards the end of the year, which is what many of the more dire ones suggest is more likely to be the case.

The silver lining here, if there is one, is that Shopify's fundamental business is supporting independent merchants who've chosen not to sell on Amazon. All it does is sell them the software to power their own online storefronts. In that sense, Shopify's success could actually help otherwise imperiled retailers and get them out from beneath Amazon's ever-lengthening shadow.