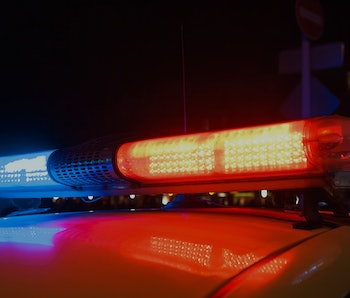 We have been covering police departments’ grotesque love affair with shiny surveillance state toys for a while now, but a new deep-dive courtesy of Vice offers some of the most troubling misuses of cop tech yet. According to extensive court analysis and interviews with multiple sources, police have repeatedly pushed to alter trials’ audio evidence to better support prosecutors’ cases against defendants. More specifically, law enforcement has leaned on ShotSpotter, a contracted surveillance system utilizing dozens of hidden microphones installed across a city to pinpoint gunshots’ sound, location, and time.

One such documented What-The-Fuckery (this is the technical terminology if we’re not mistaken) stems from a May 31, 2020, shooting / homicide in Chicago which ShotSpotter initially logged as occurring near 5700 South Lake Shore Drive — a location which was later overridden by ShotSpotter analysts to instead list as the 6300 block of South Stony Island Avenue, roughly a mile away to enhance prosecutors’ evidence against the alleged killer.

Additionally, the software’s algorithms initially classified the percussive sound as a firework... a designation which was also overridden by a different analyst on a separate date to instead be categorized as a gunshot. There are quite a few more shady evidence switcheroos in the Vice exposé, so please, feel free to join us below if you have the stomach for it.

This is happening a lot — According to extensive court document reviews for trials in Chicago and New York State, this is far from the only time such unethical tampering has taken place. ShotSpotter’s senior marketing and product strategy VP confirmed that the company’s data has been admitted as evidence in at least 190 cases, although he was quick to clarify that “whether ShotSpotter evidence is relevant to a case is a matter left to the discretion of a prosecutor and counsel for a defendant … ShotSpotter has no reason to believe that these decisions are based on a judgment about the ShotSpotter technology.”

Another instance stems from the 2016 shooting of Silvon Simmons by police after they stopped the wrong car during a suspicious vehicle investigation. Cops claimed Simmons fired first, an allegation backed up by ShotSpotter-supplied evidence. Of course, this was evidence supplied after law enforcement asked the company to check audio files again to try to find that missing gunshot, despite no physical evidence supporting the claim. “Curiously, the ShotSpotter audio files that were the only evidence of the phantom fifth shot have disappeared,” reports Vice, because of course it has. The jury eventually acquitted Simmons of the charge, while the judge overruled his conviction for “possession of a gun,” particularly citing ShotSpotter’s sketchiness.

ShotSpotter coming to a town near you — All this could make one think that ShotSpotter is a widely-known unreliable narrator, with very few clients to speak of... but that’s definitely not the case. Over 100 cities employ the surveillance tech across the U.S., Puerto Rico, and even South Africa. Vice’s look into the egregiously problematic service will hopefully cause city officials to rethink their contracts with the company, but it’s hard to see the tech will wholly disappear when law enforcement can so easily bend it to its own agenda.