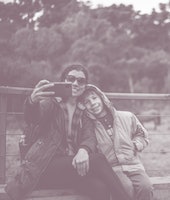 Settlement agreed upon in the case.

Snap has agreed to pay $35 million to settle a class-action lawsuit over the data collected by Snapchat’s filters and lenses, the Chicago Tribune reports. Illinois residents who have used Snapchat filters between November 17, 2015 and now could receive anywhere between $58 and $117 as part of the settlement.

The lawsuit only covers residents of Illinois because of the state’s unique data privacy laws. Illinois’ Biometric Information Privacy Act (BIPA) is one of the most rigorous consumer privacy protections that’s ever been codified into law — and, as we can see in cases like this one, it’s actually being used as intended. BIPA is even challenging the data-collection methodologies of popular tech like virtual home try-on apps.

Illinois residents can apply for their cut of the $35 million check by submitting a claim on the case’s website before November 5. It’ll probably be a while before the check arrives in the mail, though — the court still needs to give final approval to the settlement and resolve any appeals.

No biometrics — Snap says it never actually violated BIPA, as it doesn’t collect “biometric data that can be used to identify a specific person or even engage in facial identification.” Company spokesperson Pete Boogaard further explained that Snap’s many lenses never actually send user data to Snap servers, instead processing all information on-device.

Though Snap maintains that no laws have been broken in its use of these filters, the company has also added an in-app consent notice for Illinois residents using the Snapchat app. This has been done, Boogaard explains, “out of an abundance of caution and as a testament to [Snap’s] commitment to user privacy.”

BIPA for all? — BIPA is a neat little law with the power to bring Big Tech companies to their knees. It’s generally quite broad and includes significant damages provisions, which makes it perfect for litigation purposes. BIPA has been used for many high-profile data privacy cases in the U.S., including one about Facebook’s automatic photo-tagging feature that settled for $650 million. BIPA has even managed to force Clearview AI to stop selling its facial recognition databases to private companies.

The success of BIPA as a method of consumer data privacy protection also underscores just how little such legislation exists on a federal level in the U.S. Until such legislation is made federal law, corporations will continue to utilize invasive data-collection techniques for profit.