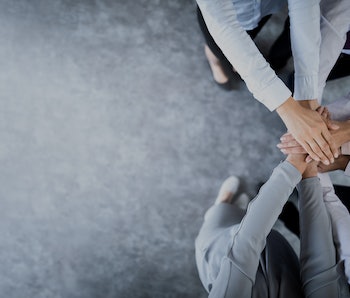 A bargaining agreement has come out victorious on the behalf of software workers for the first time, and without facing the typical anti-union pushback in the leadup. The winning team: Glitch workers. According to multiple outlets, Glitch employees have succeeded at signing a collective bargaining agreement with the management of their firm. This agreement, in effect as of Feb. 28, will last 11 months and is a historic development in the United States' tech labor movement, which Glitch CEO Anil Dash has praised in comments to Gizmodo.

Last year, workers at Glitch — which was co-founded by Michael Pryor of Trello fame — quietly voted to join the Communications Workers of America Local 1101. The agreement emphasizes job security more than anything else.

According to the demands, the workers sought stability over higher wages as their focal point during the COVID-19 pandemic. One of the requirements is that Glitch will have to bring back previously laid-off employees if it opens up re-hiring processes. The agreement also requires Glitch to be absolutely clear about its reasons for termination and subsequently prohibits management from disciplining or firing an employee unless it has a legitimate justification.

Not a win for Glitch only — According to Gizmodo, Glitch software engineer Katie Lundsgaard said, "We love our jobs, we love working at Glitch, which is why we wanted to ensure we have a lasting voice at this company and lasting protections. This contract does that, and I hope tech workers across the industry can see that unions and start-ups are not incompatible."

The movement in favor of empowering workers through union representation continues to grow in the country. Despite resistance from upper management, workers at Kickstarter and the Alphabet Workers Union have done their part to expand the pro-union sentiment across the industry, inspiring others to take steps. But the backlash from various companies’ management teams has been chilling in multiple cases. As Input has previously reported, firms like Google and Amazon are known to hire union-busting firms and have adopted insidious surveillance methods to spot union-sympathetic individuals in the working ranks. Medium's mostly engineering team lost their fight by one vote while Gimlet attempted unionizing efforts in 2019.

Glitch's success is not only uplifting for the workers involved directly in the bargaining agreement, but also for those watching the union movement in the tech sector. It’s a paradigm shift. The idea of a union in your tech-centered workplace has gone from inconceivable to viable — if not critically needed for the security of software workers, graphic designers, art directors, tech writers, and others.