“Who is this man [Joe Biden]? I had never heard of him until very recently. Nobody I know has ever met him.” 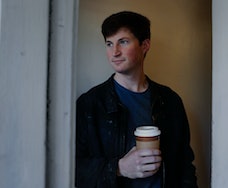 It's no longer a surprise when tech executives blurt outlandish things, especially in regards to politics. The latest? Soylent co-founder and previous CEO Rob Rhinehart's blog post about the reasoning behind his vote... for Kanye West.

Before we dig into the increasingly bizarre positions he takes, let's start with the admission Rhinehart makes in his October 22 blog post titled "Why I Am Voting For Kanye West": he does not know, he says, who the hell Joe Biden is despite the fact that Soylent was incorporated in Delaware, where Joe Biden is from. This is a direct quote:

Who is this man? I had never heard of him until very recently. Nobody I know has ever met him. According to his Wikipedia page he is a senator from Delaware, which I only know as the state where corporations like to file lawsuits. It looks like he has done pretty much nothing his whole life except be in politics. It also appears that he has been trying to run for president for a very long time. Why now, at a very important time in history is he suddenly the white knight from the Democratic party?

That's Rhinehart's description of the man who was America's 47th vice president.

Tinfoil tech man — At other points, Rhinehart writes passionately, albeit baselessly and sans sourcing, that Nancy Pelosi's son is addicted to drugs. He also says that both Trump and Biden are "serpentine robots feeding the evil octopus of the New York Times." But most importantly, Rhinehart says he is deeply unhappy with the fact that "politics are suddenly everywhere."

This particular line is embarrassingly indicative of his sheltered lifestyle, cloistered away from the social and political realities that millions and millions of people live on a daily basis. It is also very common in the tech industry, particularly in the west, to hear such lamenting against politics. Coinbase Brian Armstrong is similarly hostile to discussions of social issues at the workplace.

At the end of his odd diatribe, Rhinehart attempts to make a case for Kanye West. He says he digs West because the musician supports praying in classrooms and agricultural initiatives to "protect life and the environment." He passionately asserts, "I know, in my heart, that Kanye West, while he is not perfect, is the best person to lead America. Even if Kanye West was not running for president, I would vote for him. Unlike the impostors, he is destined to lead."

"We should all just start following Kanye now," Rhinehart adds. "I already started. I do not care if somebody or something else gets 'elected' or 'inaugurated.' I do not have to follow them. They cannot make me." He notes that West, who is obsessed with his celebrity status as much as Trump is obsessed with his own, would be "the perfect antidote to the poison of Trump, and all of the sick politics." The irony is overwhelming.

The entire write-up is rushed, all over the place, packed with peculiar claims, and devoid of credible sourcing. And it's enough to rattle Rhinehart's peers as, in a comment to the New York Times, Soylent CEO Demir Vangelov said that Rhinehart's opinions do not represent the company. It's a small relief.