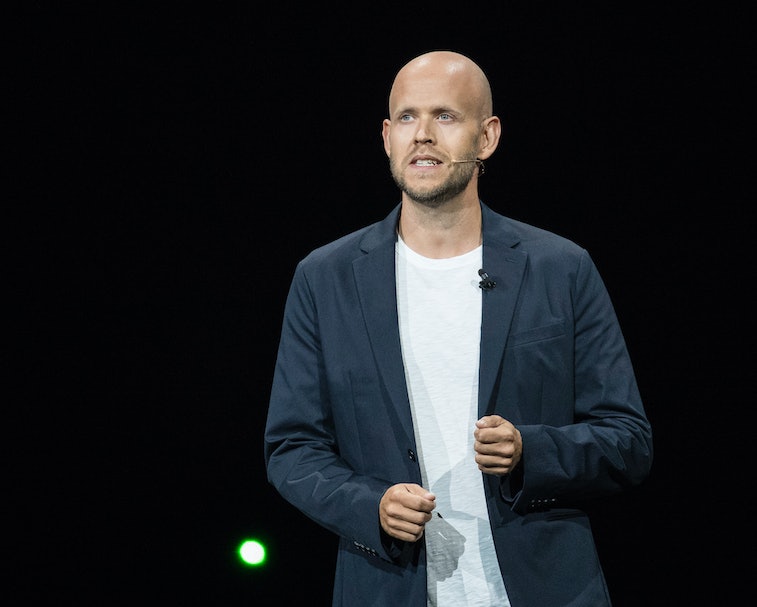 Tensions are high at Spotify, according to insiders who spoke with Motherboard on condition of anonymity. According to the publication, some Spotify workers have found the company's CEO Daniel Ek's position on Joe Rogan's podcast to be alienating and deeply disrespectful to the transgender community.

Despite that purported ideological diversity on a platform constantly experimenting with podcasts, some Spotify workers worry that Rogan unquestionably airing divisive, pseudo-scientific, or hateful content — and Spotify effectively holding the mic up for him — could hurt the LGBTQIA community.

"The Transgender Craze" — Rogan, who hosts the widely popular podcast The Joe Rogan Experience on the platform, recently had Abigail Shrier, who is the author of the controversial Irreversible Damage: The Transgender Craze Seducing Our Daughters on his show. Shrier argues there's a transgender agenda that's encouraging girls and boys who wouldn't otherwise identify as trans to do so. The author associates questioning one's gender with autism, along with numerous other unsubstantiated, anti-trans claims, and likens the rise in transgender politics and discussions to a "craze" or trend.

"Others have concerns specifically over a recent episode," Ek said. "And Joe Rogan and the episode in question have been reviewed extensively. The fact that we aren't changing our position doesn't mean we aren't listening. It just means we made a different judgment call."

The problem — Defending free speech while balancing it with the need for content moderation to prevent hateful and divisive content from spreading is one of the most heated subjects in tech and media today. Ek knows this. But his company also just spend an estimated hundreds of millions of dollars on a licensing deal for Rogan's show, which becomes a Spotify exclusive eventually. A few alienated staffers may well seem worth the trade-off. Were Spotify to be seen to be censoring Rogan, it would face the wrath of his legion of fans.

Boilerplate damage control — "At Spotify, we are strongly committed to the LGBTQ+ community and diversity in all of its forms," a Spotify spokesperson said in a statement to Motherboard. "All employees are respected and we believe that everyone has a right to be heard. We have a number of forums for open and transparent discussion and we encourage rigorous debate on topics across the company. All content on Spotify is subject to our long-standing content guidelines. Our diverse team of experts reviewed the content in question and determined that it did not meet the criteria for removal from our platform."

Those rules might change when there's a heap of cash on the line, though.