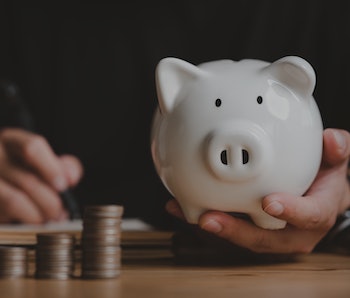 After catching up to 2021 by finally adding a “What’s New” feed for its users (so, okay, let’s be honest: catching up to 2005, at the latest), Spotify is reportedly testing out an extremely cheap mid-tier subscription option in some markets to entice more paying customers. According to The Verge, the new plan reportedly “still features ads like Spotify’s free tier, but it doesn’t impose any limits on the number of tracks you can skip per hour.” Additionally, listeners can pick specific songs to listen to, as opposed to largely shuffling albums and playlists.

In no way a certainty — Although at least one Spotify user has seen advertising for a $0.99 per month model, Spotify confirms that it is trying out multiple price points with markets to see what might work best for the wider customer base. “We’re always working to enhance the Spotify experience and we routinely conduct tests to inform our decisions. We’re currently conducting a test of an ad-supported subscription plan with a limited number of our users,” a spokesperson said.

Being sensitive to local markets, or simply because it knows it can only charge so much before people will refuse to pay, Spotify costs as little as a couple of dollars a month in Indonesia, and more than $20 a month in its home country of Sweden.

The new experiment doesn’t mean Spotify will end up pursuing a wider rollout of the discounted subscription offer, but it’s certainly possible we’ll be seeing additional paid tiers sometime in the near future. Although Spotify’s premium subscriptions rose an estimated 20% during the pandemic (largely due to its expansion into the podcast market thanks to... sigh... Joe Rogan), the company still does not reportedly turn much of a profit, if any at all. A middle-of-the-road option could finally convince some users to make the switch over from Spotify’s much more limited, free version.

Still not doing much for the musicians — While listeners might very well welcome alternative subscription plans from Spotify, the company hasn’t done much to endear itself to the actual musicians in its catalog. Despite PR ploys like the Fresh Finds mentor program and a detailed breakdown of its payout system, Spotify still is notorious for how little it actually doles out to most artists.

Were something like a $0.99 plan to be fully implemented, it’s doubtful musicians will see much, if any, of the profits from the new option. But hey, maybe something that cheap is enough to produce a better user experience for customers. As for us, we’re waiting to see how that “AI-generated music” thing comes along.