Spotify's podcasts are bringing in more premium users than ever 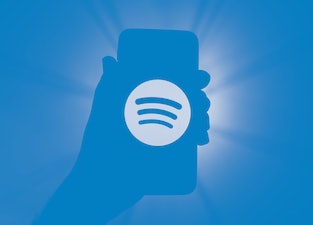 Fairly even ratio of free-to-paid users — Though Spotify’s premium, ad-free service is very popular amongst users, its ad-supported tier is still immensely popular as well. Spotify reported 124 million paid premium subscribers as of the end of 2019, a 29 percent increase from the previous year. But that still leaves nearly 150 million Spotify listeners using its free service — about 55 percent of monthly active users. That means Spotify is still bringing in a large chunk of revenue from ads.

Podcasts are Spotify’s new fav — Spotify has made it clear in the past that much of its strategy moving forward is related to podcasts, and its latest report confirms that this strategy is working. About 16 percent of users listened to at least one podcast during the fourth quarter of 2019 — a 200 percent increase year-over-year.

Spotify believes its investment in podcasting has paid off in the form of more premium subscribers. “We have a growing body of evidence showing that there are significant benefits to engagement, retention, and conversion of users from ad-supported to premium, stemming from podcast content,” Spotify said.

And podcast investment will continue — Spotify isn’t looking to slow down its investment in podcasting any time soon. The company just announced its purchase of The Ringer, a sports and pop-culture network that’s sure to further boost its podcast offerings. The Ringer creates video and other web-based content, too, which will likely prove a pivotal part of Spotify’s strategy in 2020 and beyond.

More like this
Will Gendron
6.16.2022 9:00 PM
Culture
Anna Sorokin hopes to part with scammer identity by... pivoting to NFTs
Max Collins and Mark Yarm
6.20.2022 12:00 PM
Q&A
John Hinckley Jr. speaks: ‘I’m trying to not dwell on the past’
Jessica Lucas
19 hours ago
Dirty job
The disgustingly appealing world of YouTube’s drain unblockers