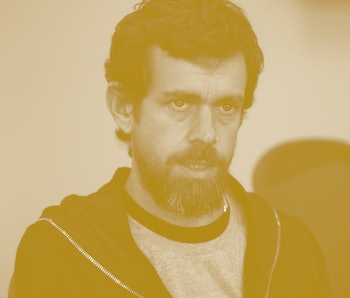 Jack Dorsey, head of Twitter and Square, is vocal about his donations to small businesses and organizations fighting systematic racism. He loves to tweet about his billions and the altruistic ways he’s spending them.

But Dorsey’s payment company Square is being accused of withholding large amounts of funds that should have been given to customers. Roughly 1,300 small businesses that use Square to process debit and credit card payments have complained that the company recently began holding back 20 to 30 percent of profits.

The customers were given no notice of the new policy beyond an email announcing it was coming into effect in May. That, of course, was also when the vast majority of small businesses were already struggling due to the ongoing pandemic. Square says it reserves the right to hold onto these funds for the next four months.

While Square's terms of service entitle it to act as it is, doing so is an obvious abuse of power. It's especially objectionable from a company that focuses much of its PR strategy on donating to those in need. The company has since spoken out about the new policies, but the explanation is nowhere near satisfactory.

What Square says — On Tuesday Square finally published a post outlining the reasons for its new “rolling reserve” policies. Square says these reserves, which have been applied to “fewer than 0.3 percent” of accounts, are an effort to protect their more “risky” sellers that have higher chances of chargebacks. The post claims sellers “always have a choice” about these reserves — but small businesses are telling a different story.

Square reported a loss of $106 million for Q1 of this year and said it was increasing the cash it had on hand by 290 percent to hedge against future losses. The reserves are meant to protect customers — but it’s obvious they also protect Square’s own finances.

Speaking up — This isn’t a case of one or two merchants feeling the adverse effects of a new policy. Thousands of small business owners are speaking up about the unfair and damaging rollout of Square’s new policy.

Sam Weber, the owner of a California-based website-building company, said he provided Square with documents proving he’s not a “risky” customer — he’s used Square for two years and never had a customer ask for a refund. Despite this track record, Square has withheld around $4,000 from him since May, he told The New York Times.

Missing bills — Weber has since had to miss the $3,000 monthly mortgage payment on his home. He’s contacted Square about the withheld funds and has been told there is no appeals process or method for getting the money released. Weber’s story is all too common amongst small business owners. Thousands of small business owners are facing harsh financial difficulties because of Square’s new policy. The company is telling them it won’t release the money for up to 120 days even if, as some have done, they stop using the company’s services.

Square’s new policy is not illegal, but it's definitely tone-deaf. By fumbling this policy Square has directly made life more difficult for its customers during an already difficult time. Dorsey and his associates will need to do more than shrug their shoulders if they hope to regain public trust.