Startups might be excluded from the COVID-19 stimulus plan 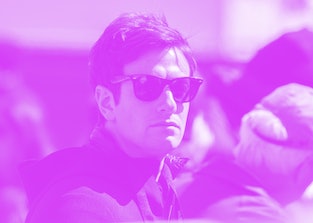 Approximate number of people employed by startups in the U.S.

Venture capitalists and their startups may be completely left out of the federal government’s COVID-19 bailout plans, according to the National Venture Capital Association. If that ends up being the case, it could prove disastrous for the nation’s startups and their approximately 2.2 million employees.

In the federal government’s panic to relieve the U.S. of its current, unprecedented economic crisis, many people are worried their assistance will fall by the wayside. Details of the latest $2 trillion stimulus plan are abstract at best, and everyone is guessing at how it will affect them.

The future of the fed’s stimulus plan is uncertain, to say the least. The future of startups stands on particularly thin ice because of a long-standing rule about employee-counting. Businesses with fewer than 500 employees are expected to receive loans from the federal government — but the headcount of a startup technically includes all employees backed by the same shared investors. That places most startups well above the 500-person limit.

If startups writ large are forced out of the bailout plan, it could be a devastating blow to an already-struggling sector of U.S. business. And its effects will resonate.

Investments are way down — Just about every business worldwide is struggling because of the fallout of the COVID-19 pandemic. Startups are hurting more than others. Investments in up-and-coming businesses have declined about 22 percent worldwide since January. Without venture capital, startups are already flailing to keep up. Layoffs are becoming commonplace. Just one example: TripActions, a travel startup valued at $4 billion, laid off hundreds of employees this week.

Bad for people; bad for progress — The layoffs are sure to continue as the United States continues to deal with consequences of the pandemic. Without venture capital, many startups will inevitably be forced to significantly downsize or shutter their doors completely. If the government fails to assist startups because of its long-standing venture capital head counting rule, that decision will have long-lasting effects for the global marketplace.

The repercussions of this mass-downsizing will be felt by businesses outside the startup bubble, too. Startups are often viewed as the base of the food chain; more established businesses feed off of their innovative techniques, technologies, and workforces. This is especially true in the tech industry, which cultivates some of its best talent in its startups.

There’s still hope, it seems — The National Venture Capital Association (NVCA) has not given up all hope just yet. The organization is hopeful that the language associated with corporate head-counting will not stop the government from stepping in with aid.

“We hope that use of the eligibility definition under ‘small business concern’ will be limited simply to the additional size standards identified by the SBA, which we believe is the intent and are working to gain clarity,” the NVCA stated on its website. “There are all types of additional complex criteria inherent in the definitions which can limit eligibility.”

The organization urges startups to keep watch for updates as to their eligibility for aid. It’s possible the Trump administration will change this headcount rule, especially because Josh Kushner — the brother of Trump’s son-in-law — is a well-known venture capitalist himself. The stimulus plan will not help the immediate relatives of federally elected officials, but Josh Kushner is not considered “immediate family.”