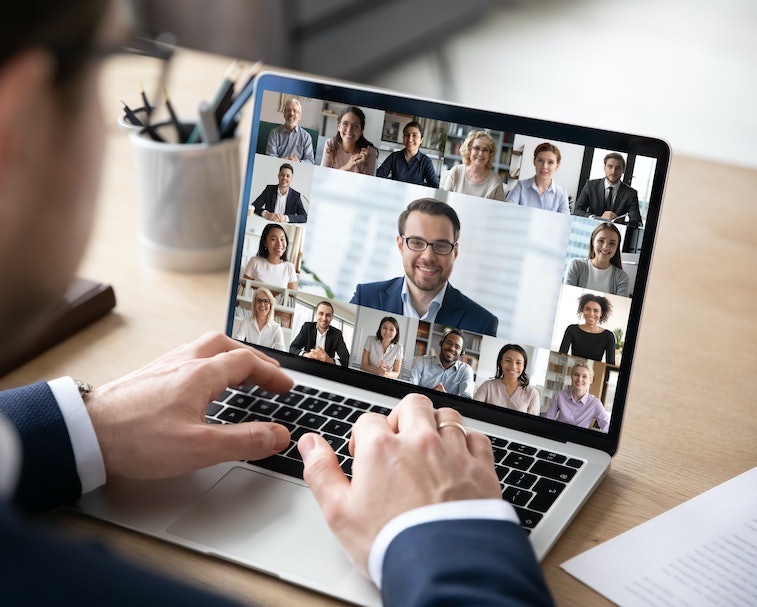 Most of us are spending far more time on video-calling services like Zoom, Microsoft Teams, and Skype. So much so, there's even a term for the exhaustion it's causing: Zoom fatigue. Much of that fatigue comes from the pressures, and weirdness of video calls. Reading cues from other people's expressions, being seen to be attentive while also trying to get work done, and having to look presentable despite having nowhere to go are all taking their toll. But there's another cost involved, one for the environment.

According to a Purdue University research paper, your camera use and global carbon emissions have a lot more to do with each other than might think. The paper suggests that one hour of video conferencing can produce 150 to 1,000 grams of carbon dioxide. That's many times more than the equivalent generated by a simple audio-only internet call.

Turn your video off — Disabling your camera during a call can reduce the footprint down by 96 percent. Input previously reported on a similar paper which argued that emissions from digital technology dependent on data centers and internet services (like high definition streaming) account for 1.4 to 5.9 percent of total carbon emissions. With scientists warning that even a minor increase in global annual temperatures could be catastrophic, everything we can do to cut emissions matters.

COVID-19 and your carbon footprint — While there was a drop in global emissions earlier in the pandemic, primarily due to decreased traffic — both on streets and in the air — internet traffic has shot up by 20 percent since March 2020.

"If the trend continues through the end of 2021," Purdue's press release explains, "this increased internet use alone would require a forest of about 71,600 square miles — twice the land area of Indiana — to sequester the emitted carbon, the study found."

Kaveh Madani, a visiting fellow at the Yale MacMillan Center and one of the main authors of the study, explained to Eurekalert, "Banking systems tell you the positive environmental impact of going paperless, but no one tells you the benefit of turning off your camera or reducing your streaming quality."

"So without your consent," Madani added, "these platforms are increasing your environmental footprint." Now you have a good reason to shut it off. Hopefully, your manager agrees. If they need further convincing, explain there'll be the added environmental benefit of fewer outfit changes for you, which means fewer loads of laundry. It really is a win-win.