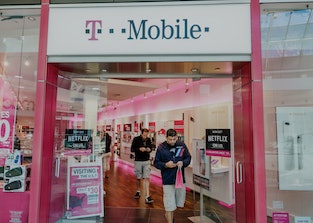 The number of accounts potentially affected by the newest hack.

Over 100 million people’s personal data may be in the hands of anonymous hackers looking to sell the information after allegedly hacking T-Mobile’s servers. As Vice reports, the unknown seller posted the announcement to a noted hacking forum and is offering the information for 6 Bitcoin, or roughly $270,000. “The data includes social security numbers, phone numbers, names, physical addresses, unique IMEI numbers, and driver licenses information,” explains Vice, adding that they have independently corroborated the information after seeing samples of the data.

For its part, T-Mobile has remained typically tight-lipped on the situation, telling Vice only that it is “aware of claims made in an underground forum and have been actively investigating their validity,” and that it doesn’t “have any additional information to share at this time." If proven true, the major hack could not come at a worse time for the telecommunications giant as it aims to finalize its absorption of Sprint by mid-2022.

While Sprint holdouts can’t do anything to change their carrier’s dissolution, they can opt to switch over to another company’s services. Regardless, now might be a good time to go ahead and opt out of T-Mobile’s data-sharing program if you haven’t already.

At least they aren’t getting more users' info? — If there’s a silver lining to any of this, it’s that Vice relays the hackers aren’t currently able to acquire any more of users’ information than they already have.

“I think they already found out because we lost access to the backdoored servers,” the anonymous seller says. Of course, that’s still 100 million accounts we’re talking about here, but we’re just trying to find a positive spin to some of this, okay?

T-Mobile still does some things pretty well — Incomprehensibly massive data breaches aside, T-Mobile still does offer some pretty good services out there. Take, for example, its Home Internet program, which we feel confident to say is a huge improvement on most other internet access options on the market right now.

There’s also the company’s live TV streaming product, which ain’t half-bad as far as deals go. For just $10 per month, you can watch over 30 major channels including Comedy Central, AMC, TLC, and the Food Network. It’s a small price to pay for your Social Security number... and we mean that literally. It’s a very, very small price to pay...