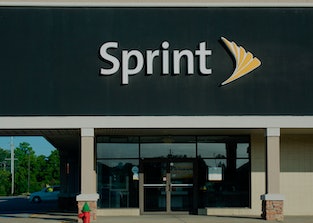 Following months of sunsetting the Sprint brand, T-Mobile is now moving to erase the last vestiges of the actual network. As multiple outlets have confirmed, Sprint’s 3G CDMA will end on January 1, 2022, while LTE users will be grandfathered into T-Mobile coverage by June 30 of that year.

“To ensure all customers can enjoy a more advanced 4G and 5G network, we will be retiring older network technologies to free up resources and spectrum that will help us strengthen our entire network,” T-Mobile says on its support page, adding that the company will “support our customers and partners through the transition.”

Beginning late last year, the communications provider began sending notifications to affected customers, and ensures “everyone who needs to act will be given advanced notice and hear directly from T-Mobile.”

A long time coming — T-Mobile acquired Sprint last year for a cool $26 billion, and the company has been speeding through its digestion of the telecom giant ever since. With its competitors Verizon and AT&T, Americans now only have three major carriers to choose from—not exactly the best environment for fostering innovation and better services.

T-Mobile’s acquisition of Sprint, while held up by federal regulatory inspections, was far from surprising given the state of the latter company. Sprint had been losing customers for years, and appeared unlikely to have the funds needed to upgrade its networks to 5G without help—and that’s where T-Mobile came into the picture.

Already delivering some decent products — To be fair, T-Mobile has offered some pretty good reasons to switch carriers over the past year. The company’s Home Internet service is great, as far as we’re concerned, and its live TV streaming option isn’t too shabby, either... but don’t worry, our praise only extends so far. This is still a telecom giant we’re talking about, after all. T-Mobile’s data sharing plan isn’t all that great if you value your privacy, and its entire network went down last October.

So, yeah. It’s still got some issues that concern us going forward. With any luck, the “New T-Mobile” as the company has billed itself over the past year will improve on these deficits before the last Sprint holdouts make the final leap into the new era. In any case — godspeed, Sprint. It was a good run, and we’ll miss you. Kind of. Okay, not really.