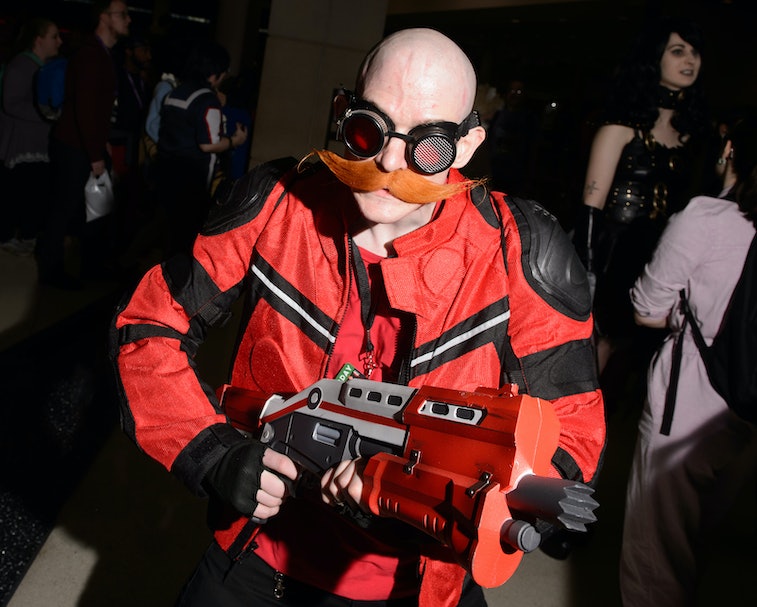 Trumpland’s ongoing social media self-owns reached a new low over Independence Day weekend, in no small part thanks to a bunch of left-leaning perverts and dedicated online weirdos. Founded by Jason Miller, a longtime Trump crony alongside a billionaire fugitive from China, GETTR (no, seriously) is a new social media “marketplace of ideas” tangentially associated with Donald and advertising “cutting edge technology that will really be the envy of the social media world.”

But rather than any kind of “cutting edge” social media alternative, GETTR is yet another obvious Twitter clone that, at first glance, appears marginally more user-friendly than the MyPillowGuy’s online rat nest. Of course, MAGA and QAnon cultists are already flocking to it to repost their latest “IMPEAch SATANIC NANcY NOW!!!” YouTube videos and Trump quotes pasted atop images of bald eagles, but there’s a whole other community that is making GETTR its new home: leftist furry fetishists with a penchant for giant and / or pregnant Sonic The Hedgehog pornography. Sad!

Meanwhile, furries and / or leftists are having a field day on the site. It’s so bad that apparently many new users’ feeds are almost immediately flooded with explicit images involving Sega’s beloved mascot, stock photos of old men in diapers, various other niche fetish content, and Marxist memes.

So bad even Trump is distancing himself — GETTR’s absurdity is so apparent that even Trump’s spokespeople are adamantly distancing him from the venture. Meanwhile, the only conservative “stars” on the site currently appear to be gadflies like Dinesh D’Souza, Mike Pompeo, and GETTR’s founder, Jason Miller. We say “appear to be” because it’s really not clear which accounts are official, which are simply ripped from Twitter, and which are straight-up parodies... although the @TIFFANYTRUMP account bemoaning the site’s “piss drought” and soliciting “catboy” content is probably a safe bet for the latter. Then again, she’s always been the quiet one in the family, so we won’t rush to judge just yet.