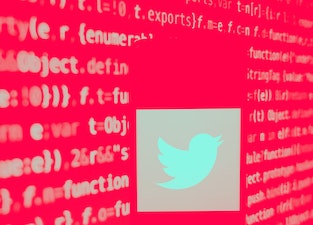 Number of exploitative videos reported in 2019.

National Center For Missing and Exploited Children via NYT

Major online platforms are still infested with child abuse content, a shocking report from The New York Times has found. The publication noted that such images and videos increased by 50 percent in 2019, as reported by The National Center For Missing and Exploited Children.

Of note, the newspaper reported that there were more child exploitative videos (at least 41 million) than images. In 2015, this number was below 360,000 but it has radically surged since, indicating that the illegal activity is flourishing on Facebook, Snapchat, Twitter, Apple, Dropbox, Google, and Microsoft, among others.

Facebook reported the most — According to The New York Times, Facebook reported at least 60 million photos and videos of such nature, making up 85 percent of its total content. The majority took place through its Messenger app, which the National Center For Missing and Exploited Children regularly reports on and offers child safety tools for. Facebook's Instagram platform flagged another 1.7 million posts containing abusive content.

Apple reported the least — In contrast, Apple reported only about 3,000 photos and no videos. This is not because Apple has completely rooted out child abusive content from its messaging app but because the company's service is encrypted. Therefore, detection is impossibly difficult. Similarly, Amazon reported nothing to the child safety center.

While tech companies insist that they have moderation policies in place to handle this public safety issue, observers, including those on Capitol Hill, believe that these firms are not able to self-police. To that end, there are bills now calling to end encryption and open backdoors to local authorities. Big Tech and law enforcement will have to stop wasting time and find a common solution.

As Alex Stamos, Yahoo and Facebook's former chief of information security, told The New York Times, "I hope these numbers encourage people to do more, not less."

More like this
Will Gendron
6.14.2022 7:18 PM
Culture
Rogue beaver guts Canadian town’s internet after gnawing through a tree
Will Gendron
6.23.2022 4:00 PM
Tech
DARPA pokes yet another hole in blockchain’s ‘decentralization’ claim
Will Gendron
6.13.2022 2:30 PM
Tech
Surprise: Bitcoin isn’t an anonymous, democratizing force after all, study finds