Tesla beat its own 2019 sales goals 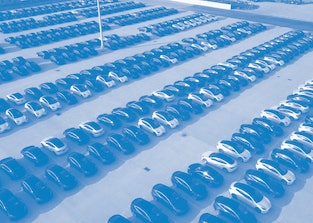 It looks like Tesla ultimately had a great year. On Friday, the company announced that it sold 367,500 electric cars in 2019. That's a 50 percent increase in sales compared to the numbers Tesla reported in 2018. As TechCrunch noted, this financial success can be attributed to the higher sales of Tesla’s more affordable Model 3.

Proving haters wrong — Tesla is definitely going to celebrate the news that it sold more cars in 2019 than in the past two years combined. That's because it is direct proof for some skeptical Wall Street analysts that thought Tesla would miss its goal last year.

In fact, according to CNN, Wedbush analyst Daniel Ives called the report "another major feather in the cap for Musk by handily beating" his naysayers. To that end, Tesla's presence in the international market is one of the primary sources of its financial power and this much was made clear by Ives as well. The success Tesla saw in 2019 was significantly due "to the momentum Tesla is seeing specifically in Europe," he told CNN.

A winning streak for Tesla — Elon Musk’s firm is enjoying good public standing at the moment — in spite of him making questionable comments on social media and the Tesla Smart Summon feature causing trouble in parking lots, among other problems.

The sales report comes just weeks after Tesla got the winning approval of safety regulators. On December 4, the company announced that its Model X had received a 5-star safety rating from the European New Car Assessment Program. Prior to that, Model X received the same rating from the American National Highway Traffic Safety Administration. It sounds like a winning streak and Musk must be on cloud nine.