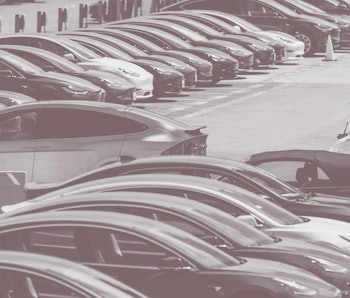 Tesla is fully reopening its Gigafactory, despite the ongoing COVID-19 pandemic, according to an internal email viewed by The Verge. The Nevada-based factory is where Tesla produces its energy storage products, batteries, and other Model 3 parts. Those workers who choose to stay home will need to use unpaid sick time.

Tesla CEO Elon Musk’s decision to reinstate workers in the midst of an ongoing pandemic goes directly against the extended work-from-home policies most big tech companies are putting in place right now. The move to reboot the Gigafactory’s operations isn’t surprising, given Musk’s disparaging, increasingly vocal views on COVID-19 stay-at-home orders across the United States.

Musk’s priorities are clear here, and they’re not pretty: business first, employees later. Musk would rather Tesla be successful than keep his workers out of harm’s way. Musk has always been ruthless in his business practices, but this is a new low, even for him.

Business first, even if it’s dangerous and illegal — Musk has already made waves this week for reopening Tesla’s Fremont, California factory against direct orders from Alameda County government officials. To make his position on the matter absolutely clear, Musk filed a lawsuit against the county and later stated that he’d be willing to get arrested for reopening the factory.

The Gigafactory’s reopening is just the next step in Musk’s plans to reboot his business at any cost — even if it means putting his workers and everyone they come into contact with in danger.

Everyone else is staying home — Reopening the Gigafactory doesn’t go against Nevada’s orders, but it does run in direct opposition to the general consensus of the tech world.

Google and Facebook employees, who have already been working remotely since March, were told last week that they could stay at home until next year. Literally next year. Two of the biggest names in the tech world are allowing their employees to stay out of the office for the remainder of 2020 in order to protect them and curb the spread of the novel coronavirus. Google is even covering pay and sick leave for contract staff, like cafeteria workers, who have been impacted by office closures.

Meanwhile, Musk continues to force workers to return to his factories, even when the government tells him not to. Even when doing so is likely to further spread COVID-19 and put his workers in harm’s way. If workers don’t feel safe with that decision, all they have to do is give up their pay.

Give me social distancing, but take away the safety — Tesla released a detailed “Return to Work Playbook” with new safety guidelines for returning employees. But those who have gone back to work so far say none of it is actually helpful in factory conditions.

One worker told The Verge that the “masks” Tesla provided workers on their first shift back were “so small they don’t cover your mouth and chin,” and that gloves were offered but not required. The same employee said that “social distancing was mentioned but never enforced.”

Three other employees spoke to CNBC about the factory reopening and stated that it’s impossible to implement social distancing in the factory.

So cool! — Musk and other executives have sent warm emails welcoming staff back. In one sent to Fremont factory workers on Monday, Musk said, “It is so cool seeing the factory come back to life and you are making it happen!!”

He also said he has “vastly more respect for someone who takes pride in doing a good job, whatever the profession, than some rich or famous person who does nothing useful.” It’s unclear whether or not he was dragging himself with that last comment.

Valerie Workman, head of HR for Tesla’s North American operations, sent a similar email to Gigafactory workers. “We’re happy to get you back to work and have implemented very detailed plans to keep you safe as you return,” she wrote. The email detailed plans for using “personal protective equipment” on employee shuttles to the factory and said employees would be contacted within 24 hours with a return-to-work date.

Life should be lived — Musk is certain that he’s doing the right thing by reopening these factories. To him, the ends justify the means — even if those means are putting lives at risk. While most of the country stays at home and walks on eggshells to curb the spread of COVID-19, Musk says no, a little pandemic isn’t going to stop me from making my electric cars.

Meanwhile, Elon is living the good life. He’s chilling with his new baby and tweeting stolen photos of ice cream sundaes. “Life should be lived,” Elon tweeted about the martini-glass sundae. But if his workers catch COVID-19 — potentially spreading it to their families — and lose their lives? Well, that’s the price of business. At least some customer will get a fancy new Model Y out of it.